From its humble origins as a chain of small men’s wear shops in 1949, and the opening of its first unisex casual wear store in Hiroshima in 1984, Japanese retailer Uniqlo has emerged as a global retail giant with some 1,500 stores in 16 countries.

A subsidiary of Fast Retailing Company Ltd., the brand distinguishes itself in the market as a specialty retailer of private label apparel. Uniqlo is currently in the midst of ambitious international expansion, including plans to grow its Australian footprint in 2015.

When Uniqlo brought Rowan Allsop onboard to oversee loss prevention for its expansion into Australia, the selection of a video surveillance system was an immediate priority.

“It’s important that we have a video surveillance and loss prevention system that can scale up and equip us to efficiently control our losses and manage our risks.” 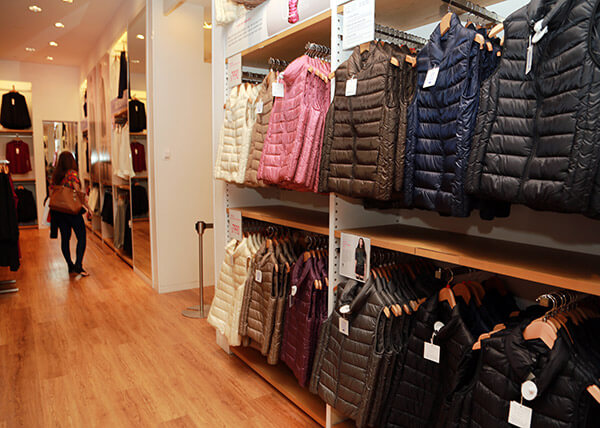 At the time, the opening of Uniqlo’s flagship store in the glitzy Emporium, a 225-store shopping center in downtown Melbourne was underway and the store was already equipped with a video surveillance system. The technology was sufficient, but not what Allsop had in mind given Uniqlo’s ambitious plans for expansion in the country.

Following extensive discussions with colleagues in loss prevention and a recommendation from Asset Security Concepts, one of Australia’s premiere security systems integrators, Allsop selected a state-of-the-art March Networks video surveillance system for three more stores set to open later in the year —one in Melbourne’s Chadstone Shopping Centre and two in Sydney.

“The best thing about March Networks for me is Searchlight for Retail,” said Allsop.

“For years, we’ve had to put up with what I call swivel chair loss prevention. We get our exception reports showing voids and refunds, read them and swivel around in our chair to look up the video using a separate system. With Searchlight, I don’t have to swivel around in my chair. I read the report, click on a little icon and, bang, the video’s right there.”

“I used to work for a chain of 340 stores before joining Uniqlo and investigating exception reports took hours and hours,” said Allsop. “With Searchlight, I can check if there’s a customer there at the time of a voided transaction and get to the bottom of things a lot quicker.”

The software also gives retailers such as Uniqlo the option of integrating analytic data from the MegaPX Indoor Analytics Dome camera to gather intelligence on operations, customer behavior and promotional success to inform future business decisions and help drive performance.

The three stores that opened in September, October and November of 2014 are equipped with March Networks 8532 Networked Video Recorders (NVRs) and a mix of March Networks MegaPX 360 Indoor Domes and Axis IP cameras.

“I know that 360 cameras have been around for a number of years, but making them work and making them user-friendly has been challenging,” said Allsop. “The March Networks 360 cameras are new age technology. We trialed one at the Chadstone store and loved it. We use them extensively on the sales floor. It does a great job, an absolutely brilliant job.”

Pan-tilt-zoom cameras, by comparison, are difficult to align and are only able to capture video where the camera is pointed, said Allsop. The March Networks 360, however, records the full field of view all the time and includes a digital PTZ function that lets you zoom right in on any view for more detail.

The browser-based Command software eliminates the need to install, manage and update software on user workstations, relieving the burden on IT.

The four stores in Australia are just a start. Two more stores are set to open in May — one in Parramatta and the other in Miranda, both suburbs of Sydney. A seventh location is scheduled to open by the end of the fiscal year and, by 2018, there are plans for as many as 50 stores, said Allsop.

“With that kind of growth, it’s important that we have a video surveillance and loss prevention system that can scale up and equip us to efficiently control our losses and manage our risks.”

From his office in Melbourne, Allsop and his loss prevention team are able to view live or archived video from all of Uniqlo’s locations in Australia.

“Being able to dial in post incident is absolute gold,” he said. “It allows us to respond quickly, to meet with our crisis management team in the boardroom and review video from any store experiencing an incident.”

Down the road, Allsop also hopes to interest operations management in using the video system for merchandising oversight. They can check to see if the stores are clean, if the shelves are stocked and if the merchandise is properly displayed. By broadening the use of the system to include operations, Allsop hopes they’ll also contribute to its cost.

The older technology installed in Uniqlo Australia’s flagship Emporium store in downtown Melbourne will have to suffice for now, but will eventually be replaced with March Networks NVRs in order to realize the benefits of a common, enterprise-wide video surveillance and loss prevention system.