Two of the most important priorities in a manufacturing environment are safety and productivity. Failure to follow safe work practices around machinery on a factory floor can result in serious injury, while poor productivity can erode profits and ultimately threaten the viability of the business.

“Recently, for example, we had a minor safety incident on one of our machines that was captured by the March Networks system,” said Michael Marsh, Senior Technology Administrator. “The video not only allowed us to determine the cause of the incident, it also helped us create a proprietary piece of equipment to ensure that the accident would never happen again.”

Safety was the main reason WCCO Belting acquired a March Networks system in 2015, but the company soon discovered it could use the technology for other equally important priorities.

“We found that we could use the video solution for time studies, to be more effective and efficient,” said Marsh. WCCO engineers use the video to monitor work processes and then tweak them to speed production, while ensuring optimum quality.

“We had a minor safety incident on one of our machines that was captured by the March Networks system. The video not only allowed us to determine the cause of the incident, it also helped us create a proprietary piece of equipment to ensure that the accident would never happen again.” 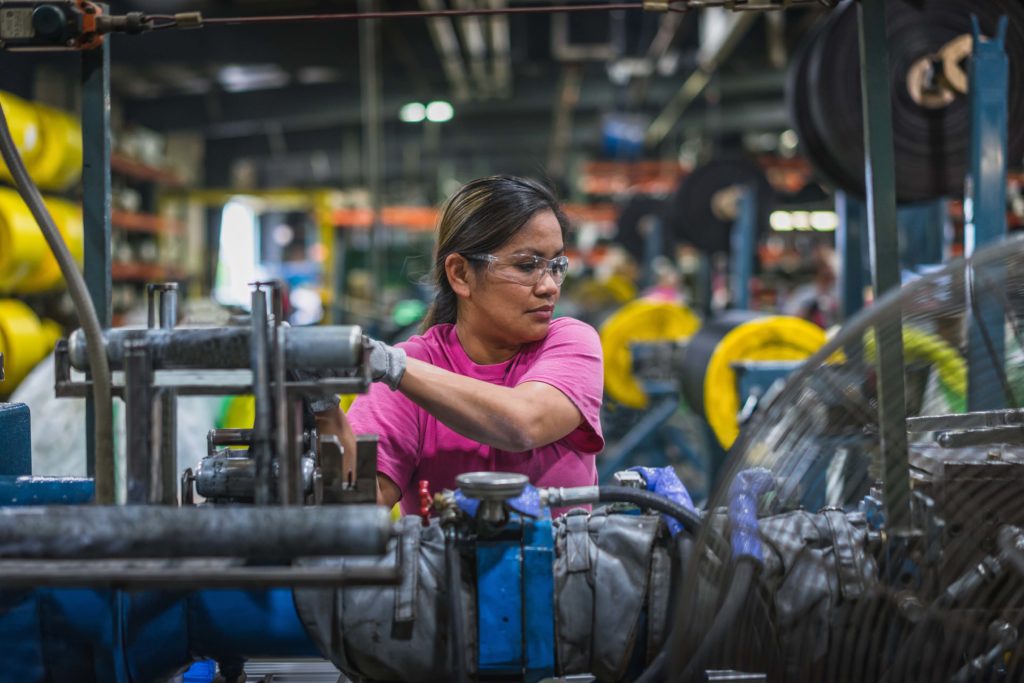 At the same time, the company deployed March Networks Command Enterprise video management software to tie all the video from its geographically-dispersed facilities together, said Marsh. The Command Enterprise Software enables WCCO Belting “to oversee everything and manage the entire system from a single point of entry.”

Marsh cites ease of use and outstanding support as the main reasons for selecting the video solution.

Easy to use technology

“The March Networks technology is easy to implement, easy to use and easy to navigate. Support has also been great. When we ran into some early issues, they responded quickly to help resolve the problem.

“More recently, when we decided to expand the system to include our second location, it was Marco that recommended the March Networks CRS solution and the redeployment of our NVRs to Texas. It was really plug and play. That was the winning piece for us. We didn’t have to uproot a lot of the architecture already in place.”

A system that was easy to rollout was important because WCCO Belting’s IT department does the physical camera install themselves, while partnering with Marco Technologies for remote configuration.

“It’s one of the reasons we like March Networks, because we’re a hands-on IT department,” explained Marsh. “We like to make sure we’re always on top of things and that we understand the equipment we’re working with. If we can’t install it ourselves and need someone to come in and do it for us, it just creates future costs.”

Aside from the IT department, which has administrative access to the system, authorized supervisors and managers at WCCO Belting are able to audit video for safety and security purposes. Temporary access is also provided to engineering staff for time studies.

Marsh and several supervisors also have access to video through March Networks’ Command Mobile app on their smartphones. Available as a free download from the Apple Store and Google Play, Command Mobile runs on iPhones, iPads and Android devices.

Remote, after-hours access to video proved valuable during the previously mentioned safety incident, for example, “by allowing managers to pull up video from home and use it to make decisions quickly,” said Marsh.

The video solution has also proven useful to local law enforcement, as some of the ME4 Bullet cameras covering the employee parking lot at the North Dakota facility also have a clear view of North 9th St., a busy artery in the town of 8,000.

“One day, I was called to the front desk and met by two police officers and three sheriffs,” recalled Marsh. “They wanted to come to my office but didn’t say why. I was never so nervous in my life. Once in my office, they explained that they wanted to see if we had any recorded video to help them solve a hit and run a block and a half down the road. We did, and the video resolution was so good that we were able to quickly track the offending vehicle.

“We’ve had two law enforcement visits since then, so now when they show up, I know I’m not in trouble,” joked Marsh.

A family-owned business, WCCO Belting was founded in 1954 by Ed Shorma, a Korean War veteran who mortgaged the family car and borrowed $1,500 to buy a shoe repair shop. Propelled by Shorma’s strong work ethic and talent for ingenuity, the business grew and evolved as a manufacturer of rubber belting solutions, leading to Shorma’s recognition as Small Business Person of the Year by U.S. President Ronald Reagan in 1982.

WCCO Belting is currently led by president and CEO, Tom Shorma, Ed’s son, and has 270 employees — 200 in North Dakota and 70 in Texas. The company’s rubber product solutions are sought after worldwide, and exported to customers in more than 20 countries. The company won North Dakota’s Exporter of the Year award in 2003, and in 2010 and 2016 it was the recipient of the Presidential “E” Award and “E-Star” award for its export promotion efforts.