The evolution of video analytics: How AI is revolutionizing security and surveillance

IP cameras powered by Artificial Intelligence (AI) analytics are one of the latest technological advancements to hit the video surveillance industry. Machine learning algorithms help to instantly detect people, objects like vehicles and more.  Let’s explore how video analytics have evolved over the years, from first-generation analytics, like video motion detection (VMD), to simple video analytic tasks and now AI.

Where it all started

In the early 1990s, VMD was introduced, which was a new way of detecting when pixels in a scene changed.  Instead of having someone constantly monitor your video to wait for something to happen, VMD could tell you when motion occurred. Users would define areas that they wanted to focus on, and when any changes were detected in the specified scene, they would be notified.

While VMD was considered to be a game-changer when it was released, over time it became apparent that VMD wasn’t intelligent enough to know if what was moving was really an object of interest. For example, if you wanted to monitor the backdoor of your retail store after 11 p.m. to ensure there was no suspicious activity, an alarm would still trigger if an animal passed by or a tree blew in the designated area. VMD was based on any pixel change in a selected region of the video, which ended up creating false alarms.  For users of VMD, this caused additional expense because they would have to validate the alarm by sending security or police personnel to investigate.

Built on top of VMD, simple video analytics were introduced around 2000 and included height and width ratios, object speed and repetitive motion. The use of algorithms and filtering for what tripped an alarm helped improve the false alarms over VMD. But while this advancement worked in certain environments, there was still a need for a better solution tracking an individual throughout a scene. False alarms were still common, and the need for intelligence grew for recognition and identification of people. During this time period, other industry changes were taking place, and advancements in CMOS sensors complimented the analytics by providing clear images even in lowlight and dynamic lighting conditions. 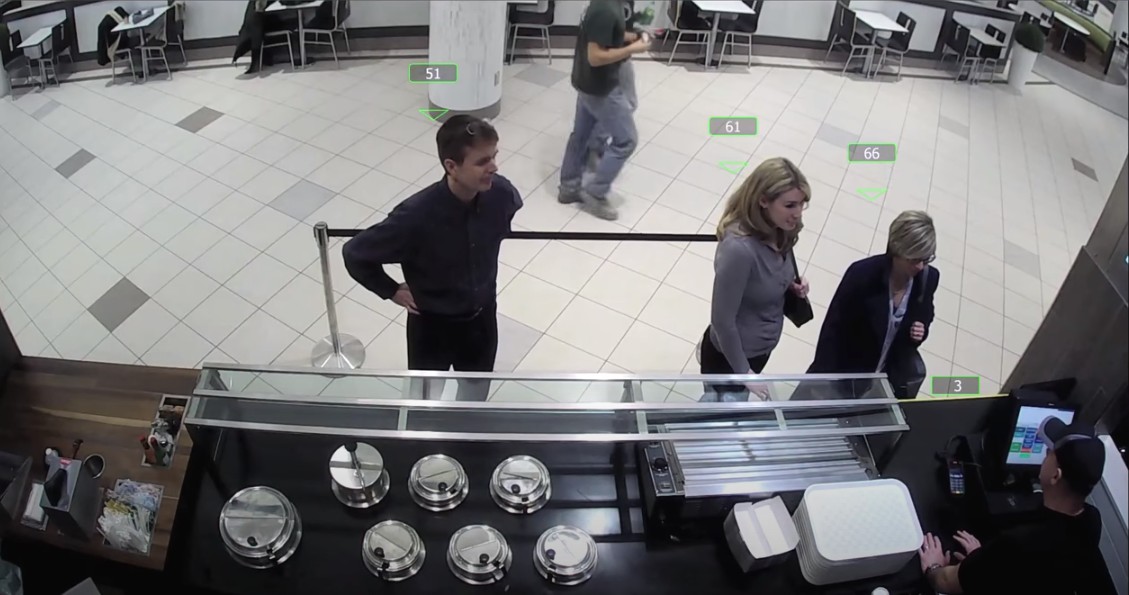 Video analytics worked well in a scene where people were in front of a white background, but didn’t perform as well in complex scenarios.

Where we are now

Today, the industry is continuing to surge forward into a new era of AI-based analytics. This sophisticated technology achieves greater accuracy than any previous generation analytics. Using machine learning and Deep Neural Networking (DNN) algorithms with the video allows the camera to analyze the scenes to detect specific objects, providing the biggest advantage the security industry has seen thus far.

The algorithms are trained to specifically detect people using neural networking. Modern models of DNN have increased versatility as they can be applied to detect cars or bicycles as well. With the continuous learning done by AI analytics, the accuracy and performance can actually increase over time.

The result is much greater accuracy of detection. For example, now when you are monitoring activity around your back door, AI-based cameras can distinguish between a person and an animal or tree branch, so the alarm only triggers when a person is there.

AI analytics can tell the difference between a person and an animal. Here, the tripwire alarm only triggers when a person crosses the line.

Additionally, several AI analytics can be applied to cameras to detect other things like activity involving vehicles. For example, if you’re monitoring an area where vehicles are always supposed to move in one direction, an alert or alarm can be triggered if a car starts driving the opposite way, if a vehicle is stopped for longer than a defined period, or if someone enters an area that you’ve defined as off limits.

It is evident the evolution of video analytics has made it easier for businesses to use their security solutions to their full potential. From reducing false alarms to lessening the burden on employees, cameras with analytics powered by AI can make the job of running a business much easier.

Read “Maximizing Your Retail Profits This Holiday Shopping Season”
Sign up for our newsletter here Get the latest news and information on our IP video products with March Networks News. Subscribe now