As product manager for March Networks’ recording platforms, I’m often asked about “watermarking” of surveillance video. I usually point out that watermarking is a process used in photography to show ownership of a photo by superimposing a name, message or symbol overtop of the image. This allows a photographer to share a draft version of the file without fear it will be stolen and shared without their credit. It’s a way for the original creator to prove ownership of the file.

In the video surveillance industry, manufacturers use what could be described as a digital watermarking process to verify the authenticity of video, but I think a better term for this process is “video authentication.”

The Importance of Authentication

Video authentication is important because it underscores the whole purpose of having a video surveillance system; it’s what lets you say with absolute certainty that a particular event happened exactly as it was recorded and depicted in the video.

A decade or so ago, in the age of analog CCTV, the process for handling video evidence was quite manual. A person might physically pull a tape from a recorder and put it into an envelope for safe keeping.

But in the digital age – where having multiple copies of a video file is the norm – it’s essential that video surveillance files be secure, so we can have confidence in their authenticity.

Without some form of proof that a video clip is authentic, video surveillance would be of little use to businesses, law enforcement and the judiciary. For that reason, most manufacturers, including March Networks, accurately timestamp each frame of video and also embed security features that can detect whether anyone has tampered with the file.

Here are three facts that will help you understand more about March Networks’ video authentication process: 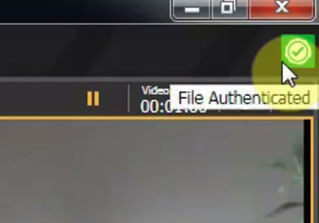 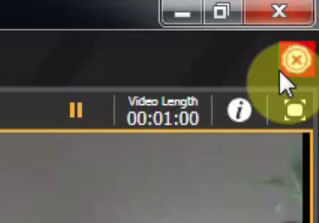 The Command Player enables third-party organizations to review March Networks video without our licensed client software.  The Player can be downloaded from our website, but can also be exported and included along with a video clip being sent to a third-party. (For example, if you are a police officer or lawyer working with a business to investigate a crime captured on a March Networks recorder, the person or business supplying  you with the video evidence can  include the Command Player along with the video file so you will be able to review the clip.)

As a global leader in IP video surveillance, March Networks takes pride in keeping its video secure. We go to great lengths to ensure that no one can alter video from our recorders, and if someone tries, our viewing software will detect it.

We also recognize that video evidence must be viewed by many different organizations, and not everyone owns our licensed software. That’s why we’ve created a very secure – yet flexible – authentication system that allows video playback in third-party applications, with the ability to authenticate it using our proprietary tools.

To learn more about using our Command Player, watch this video tutorial.

Keep students and staff safe with these 4 video surveillance features

Received a disk but unable to authenticate. I am told when I insert the disk it should be a button that I can push. But, I can’t find a button.. Within each files i.e. Rear, Front, Side,, its a check mark within the heading for each. Does that mean its authenticated?

Hi Audrey,
Thanks for your question. The pictures in the blog illustrate how to know when the video is authenticated. You can see the check mark at the top right corner.