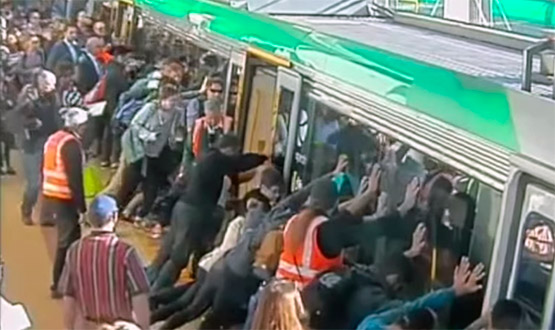 When most people think of video surveillance, criminal activity is probably one of the first things that come to mind. After all, surveillance cameras are put in place to protect people and their property. Their main purpose is to deter crime and provide visual evidence if and when an unlawful act takes place.

While there’s no end to the list of criminal activities caught on surveillance, the growing use of security cameras has resulted in many good deeds being captured as well. Many of these are heartwarming examples of complete strangers displaying extraordinary acts of kindness, or in some cases, even putting their own safety at risk to rescue someone from danger.

The spontaneous nature of these acts (the people involved are clearly not focused on the camera) makes them even more compelling.

Here are three of our favorite surveillance videos showing people lending a hand to help someone out.

Got another example of a good deed caught on surveillance? Tell us your favorite – and add the video link – in the comment section below.