Prior to April 2012 when the Kendall County Women’s Shelter opened its doors in Boerne, Texas, 30 miles northwest of San Antonio, victims of domestic violence who had to leave an abusive partner were forced to relocate to another community many miles away.

All too often, that meant leaving jobs and removing children from schools and friends, further exacerbating an already traumatic situation.

Concerned about the lack of local services, a group of concerned citizens came together in 2005 to advocate for an emergency women’s shelter to serve Boerne and surrounding Texas Hill Country communities. Funds were raised, a one-and-a half-acre property was acquired and after seven years of planning, a modern, fully-equipped 32-bed shelter opened its doors.

Security was a priority given the risks associated with relationship breakdowns, so access control and video surveillance systems as well as perimeter fencing were installed from day one, said shelter Chief Executive Officer (CEO) Hattie Allen. Keeping security systems up to date with technology advances is also important, so in 2019, it was time for an upgrade as at least a half dozen of the shelter’s 26 cameras had ceased functioning and the system’s black and white video left a lot to be desired.

“The March Networks technology recommended by Terra Bridge met all of our requirements.” 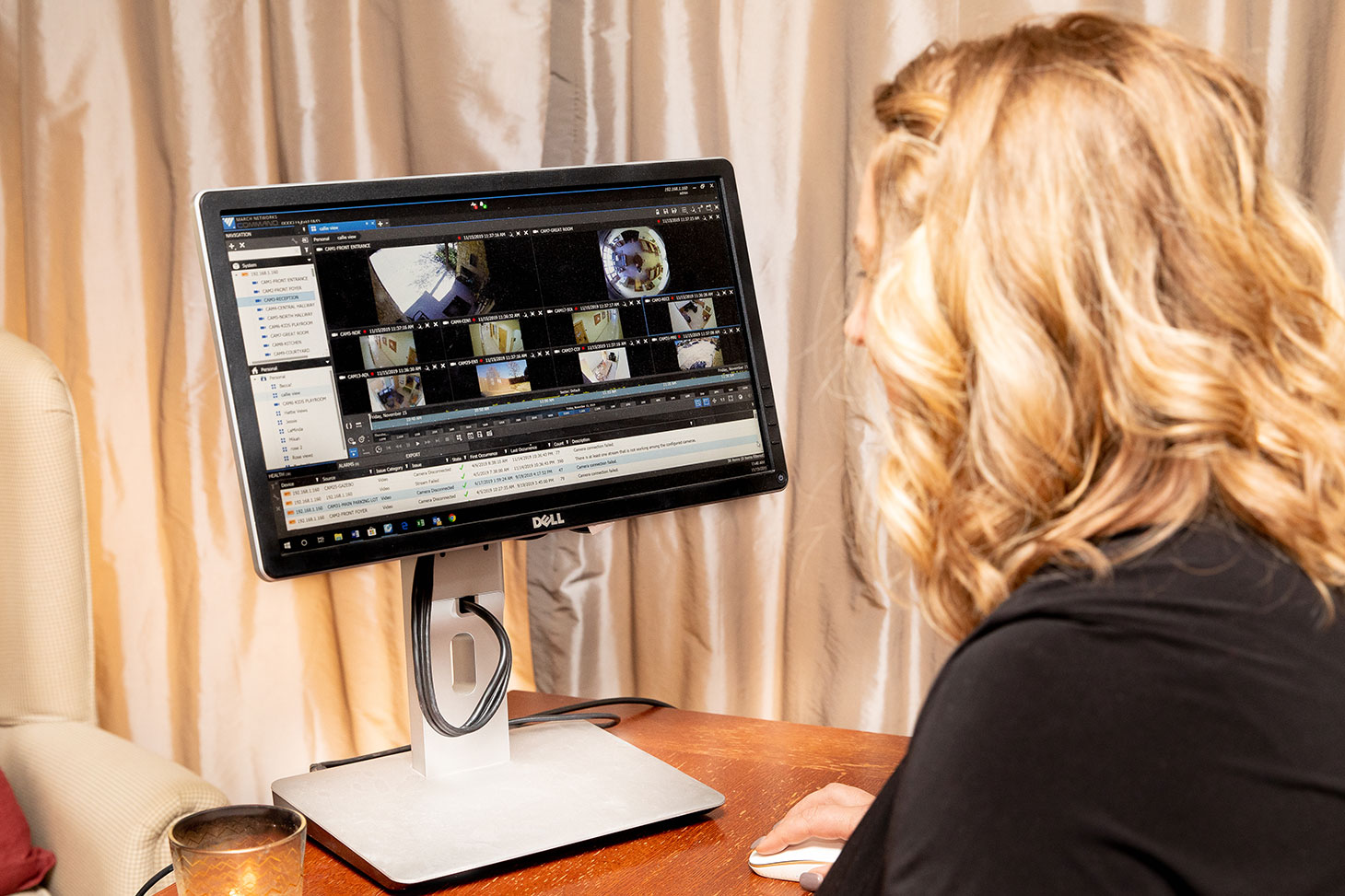 “We also reviewed proposals from several other security system integrators, but the March Networks technology recommended by Terra Bridge met all of our requirements,” said Allen.

“We wanted a system that was easy to use because we have 24 employees and at least 16 of them need to be able to use the system, so ease-of-use was a key requirement. We also had a requirement for remote access because my office is in an administration building a few miles away from the shelter and I need to be able to access video in the event of a security breach.

“In a worst case scenario – if an abuser penetrates our security – having remote access capability also allows local law enforcement and emergency responders to remotely view video from inside the shelter and have a better idea of the situation confronting them.”

Terra Bridge supplied the Kendall County Women’s Shelter with the March Networks Command™ Mobile smartphone app, which allows Allen to view live and archived video from her office or anywhere else on her smartphone or tablet.

Command Mobile uses a networking technology called NAT traversal, allowing users to securely connect to their March Networks’ recorders from any location without a VPN, direct connectivity or the need for port forwarding. The communication is secure because March Networks Command Enterprise Software acts as a gatekeeper, only allowing access to authorized users.

The Kendall County Women’s Shelter offers a wide range of services to victims of domestic abuse, including individual and group counseling, case management, legal advocacy and transportation. The objective, explained CEO Allen, is to help victims of abuse with all of their needs, including goal setting, employment and housing whether they require accommodation in the shelter or not. In some cases, victims just need counseling and case management services.

“Our legal advocate will attend court with them if they are seeking a protective order or going through a child custody procedure and we have a children’s advocate who serves as an education liaison with the local school board.

“We also provide basic needs like food and clothing because some of our clients come to us with just the clothes on their backs.”

The shelter has eight rooms with private bathrooms and showers. Each of the rooms is able to accommodate four clients. There’s an industrial-size kitchen, a great room for socializing and relaxation, a dining area, a quiet room where clients can read or surf the Internet and a children’s playroom.

Outside, there’s a vegetable garden, a gazebo, a children’s playground and a pet shelter with 10 large kennels for dogs and 12 smaller ones for cats. The animal shelter is important because pets can also be at risk in domestic disputes.

“We’ll accommodate all kinds of animals, even snakes, turtles and rabbits,” said Allen.

No one – not even law enforcement – is able to enter the property without an appointment. There’s an intercom pedestal at the gate for visitors to announce their presence and a camera that shelter staff use to confirm their identity before they are buzzed in.

A staff person on duty 24/7 keeps an eye on video displays from cameras around the shelter to ensure the safety and security of clients.

On occasion, shelter staff have provided law enforcement with still shots of suspicious vehicles parked outside the perimeter fence, but in the seven years that the facility has been open, there have been no serious security breaches. But having a state-of-the-art video surveillance system to rely on remains critical.

The system also comes in handy for providing guidance to staff on policies and procedures and also for searching for items if something goes missing.