Since January 2020, U.K. and European businesses and organizations interested in March Networks’ video surveillance solutions have had the opportunity to test-drive a fully functioning system in the live environment of an operating airport.

The March Networks Experience Centre at the Peterborough Business Airport, 70 miles north of London, is equipped with a full range of March Networks’ cameras, recorders, and software that customers can view in action.

“We wanted a place where we could demonstrate our equipment and we thought the airport was an appropriate spot,” said March Networks’ Sales Engineer Jonathan Marshall, a licensed pilot who flies out of the airport in his spare time.

Marshall spoke to Julie Churchill, CEO and owner of the airport, and the two came to an agreement. The facility is now equipped with a state-of-the-art March Networks video surveillance system.  It is also home to all other products in the March Networks’ product line, so new products and integrations can be demonstrated to customers. 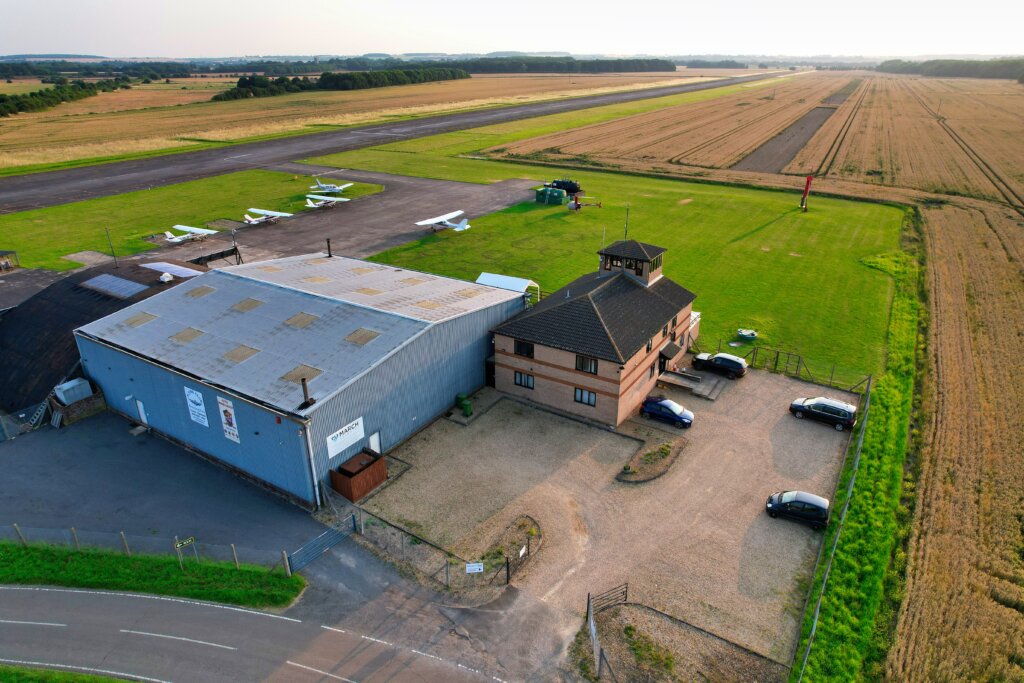 Originally a Royal Air Force station known as RAF Glatton, the airport served as a base for the U.S. Air Force’s 457th Bombardment Group flying B-17 Flying Fortress bombers during World War II. Today, it operates as an airfield with a 987-metre runway serving private airplanes, a number of flight schools, and occasional business jets eager to avoid much busier airports in London.

The video surveillance system boasts a total of 40 cameras, including many from March Networks’ camera lineup, including the VA Series, the ME6 Series, the ME3 PTZs, as well as Oncam 360° cameras. “Pretty much everything in our catalog,” said Marshall. The cameras are located around the perimeter of the airfield, outside all buildings, in the hangar, and in the control tower to offer air-traffic operators an unobstructed view of the entire facility.

“…with the March Networks video surveillance system in place, we have been able to achieve control and oversight of our operations, manage our assets, and ensure health and safety compliance across our operation,” said Julie Churchill, CEO and owner of the airport.

The Experience Centre has a large selection of March Networks recorders. These include a 16-channel X-Series Hybrid Recorder, purpose-built to support Artificial Intelligence (AI) applications and powered by NVIDIA® system-on-chip (SoC) technology – a rare feature in hybrid NVRs. The surveillance solution also includes a 9000 Series IP Recorder with 90TB of RAID storage, the 8000 Series Hybrid NVRs, which support both analog and IP or 100% IP video, and RideSafe MT Series IP Recorders – compact, rugged mobile recording and management solutions for transit applications. They have a couple of floating RideSafe recorders, which they sometimes put in a car and go for a drive around the airfield.

March Networks Command™ Enterprise Software is the powerhouse behind the scenes, helping to efficiently manage the recorders and all cameras on the network. Command’s convenient real-time health monitoring feature ensures all devices are connected and recording and alerts the team to issues such as disconnected cameras.

The team also uses Searchlight software for automatic number-plate recognition (ANPR). Additionally, they use Searchlight’s Operations Audit feature (which provides snapshots from selected cameras to their phones or tablets) extensively for beginning-of-day and end-of-day checks. Shortly, they will be using Searchlight with a point of sale (POS) system. This integrates surveillance video with POS transaction data, enabling them to review full receipts with associated video for rapid verification of facts.

Marshall can demonstrate several integrations with third-party solutions. “Two years ago, Ogier Electronics approached us about a PTZ camera integration,” he said. “The camera is connected to an Ogier Electronics site security radar sensor that tracks moving targets, including aircraft and personnel within a 600-foot radius.” Essentially, the PTZ camera physically moves around and zooms in and out on objects on the airfield that the radar sensor picks up on.

The Peterborough airfield lacks the extensive lighting that a much larger airport would have, making it very difficult to see anything from the control tower at night. A third-party thermal camera integrated with the March Networks system gives air-traffic operators a much-improved view of aircraft coming in for a landing during periods of darkness and poor visibility. 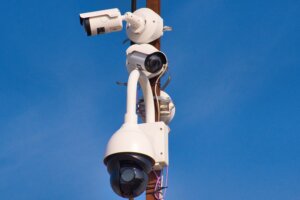 One of the most interesting integrations at the Experience Centre is a system that records live feeds from air traffic communication radios, weather and environmental data, and the radar view showing air traffic in the local area. “I can link all of that to the video recordings such that I can get situational awareness of anything that may have happened on the airfield,” explained Marshall.

This proved useful about a year and a half ago when a helicopter overturned on takeoff by allowing Marshall to show accident investigators video of the incident together with real-time weather conditions and wind speeds to demonstrate that the cause of the accident was weather-related.

Prospective customers can also view a demonstration of licence plate recognition technology at the entrance to the airfield’s parking lot.

With the March Networks video surveillance system in place during periods of COVID-19 lockdowns, air traffic operators and other staff were able to view the airfield on their mobile devices using the Command Mobile app. This free download from the App Store and Google Play allows March Networks’ customers to view live and recorded video on their smartphones or tablets.

Aside from providing existing and potential customers a live demonstration environment for March Networks’ video surveillance solutions, the Experience Centre can be used for product launches and training the company’s European-based Certified Solution Providers.

Churchill said she is happy to act as host, noting that “…with the March Networks video surveillance system in place, we have been able to achieve control and oversight of our operations, manage our assets, and ensure health and safety compliance across our operation.”