VMS a Standout for Norwegian Airport

Airports around the world know how important it is to have a robust, reliable security system. Senior management at Torp Sandefjord Airport in Norway were well aware of the threats and security risks when they performed a review of their video surveillance technology in 2014.

“Since 1999, Torp Sandefjord Airport has used a wide range of video systems, CCTV devices, thermal sensors and software,” said Eivind Nielsen, IKT-consultant with Sandefjord Lufthavn AS, the company that owns and operates the airport. “Throughout this period, Torp experienced challenges with alarms, stability and playback functionality.

“The airport has expanded significantly in recent years and the regulatory requirements for monitoring have increased simultaneously,” added Nielsen. “When we expanded our terminal in 2013-2014, we tested a March Networks video management system on one dedicated server and found it to be far superior to competing solutions both in terms of functionality and stability, so in the summer of 2015, we switched to March Networks on all of our servers and haven’t had any issues at all.”

“We tested a March Networks video management system on one dedicated server and found it to be far superior to competing solutions both in terms of functionality and stability.” 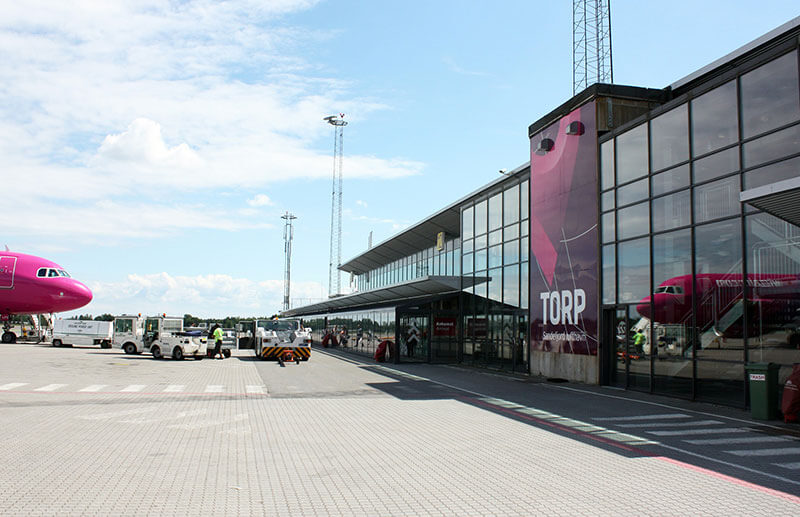 The VMS system was acquired from and installed by Focus Security, a leading systems integrator and March Networks certified partner based in Sandefjord.

Torp Sandefjord Airport is located seven kilometres northeast of the municipality of Sandefjord, a mid-sized city with a population of 62,000 in southeastern Norway. A mere 110 kilometres south of Oslo, the country’s capital, the airport is an important hub for several carriers, including Ryanair, KLM Cityhopper, Wizzair, Widerøe and Norwegian Air Shuttle with direct flights to more than 40 destinations.

The airport serves close to two million passengers annually and offers an expedited connection to Oslo via an integrated rail service.

The March Networks server-based system is powered by Command Professional software and records video from more than 100 cameras, including 30 March Networks IP cameras.

Archived video from IP cameras can fill up hard drives in a hurry, but Nielsen and his colleagues were surprised to find that March Networks’ advanced compression technology gave the airport four times the storage capacity compared with their previous video surveillance system.

“Security staff now have a reliable tool and are confident that the video surveillance system works properly,” said Nielsen. “It is used every day to assist us in detecting any violations, thefts or other events.”