Works of art are among the most coveted and treasured items requiring the protection of security systems.

In February 2008, for example, thieves targeted the E.G. Buhrle art museum in Zurich, Switzerland, and made off with four precious works of art with an estimated value of $163 million. They included a Monet, a Degas, a Van Gogh and a Cezanne. Two years later, in May 2010, five paintings valued at $123 million were stolen from the Musée d’Art Moderne in Paris. Among them were a Picasso, a Matisse and a Modigliani.

These and other notorious art thefts were probably on the minds of management at the Serlachius Museum in Mänttä, Finland, 260 kilometres north of Helsinki, when work began on an ultra modern $24 million (€19 million) expansion in 2012.

The sleek wood and glass building that opened in the summer of 2014 boasts three exhibition spaces, a restaurant with a stunning view, a festive hall, a spacious museum shop, and the latest in oxygen deprivation technology for the storage and conservation of the museum’s art collection. An architectural competition won by the Spanish studio MX_SI attracted 579 entries from 42 countries.

“The system gives our customer service personnel awareness of where our visitors are in the museum, and in the event of a theft, vandalism or other incident, it provides solid evidence of what happened.” 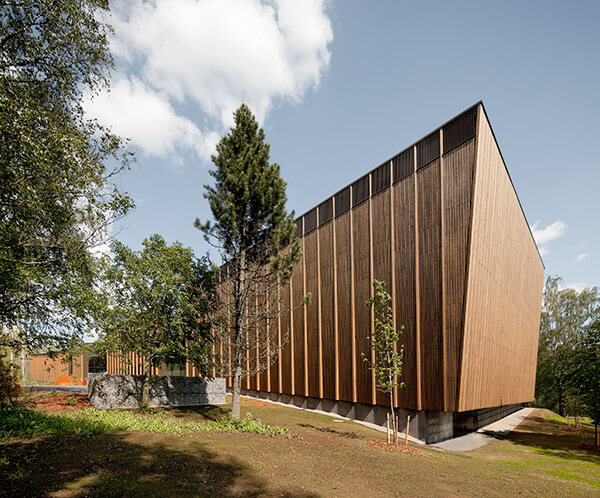 A legacy of paper mill owner and art collector Gösta Serlachius (1876-1942), the museum includes the Gösta Manor, which served as the paper magnate’s private residence, and the new, architecturally stunning Pavilion housing the museum’s important collection of Finnish and other European masterpieces.

Also part of Serlachius Museum is the so-called Gustaf, a historical museum in the former head office of the paper company that tells the story of the Finnish forest industry.

“Following a demonstration, we were satisfied that March Networks could provide us with the reliability and ease of use we were looking for,” said Gösta Serlachius Art Foundation CFO Juha Roponen.

Thirty-six March Networks MegaPX WDR NanoDomes and WDR MiniDome Z cameras cover the interior of the Pavilion, capturing crystal-clear images during the day when bright sunlight streams through the glass-walled structure, as well as in near-dark conditions at night — a feature of the cameras’ wide dynamic range capability.

Video from the Gösta Manor is captured by 16 analog cameras that were part of the museum’s previous video surveillance system.

“All we had to do was add some encoders,” said Roponen. “Being able to extend their life helped to stretch our budget while still providing us with the quality video we required.”

Rounding out the system are 28 Infinova T Series bullet cameras that record activity in the sculpture park, the parking lot and other outdoor areas. Several Power-Over-Ethernet switches provide power to the cameras.

Planning for the installation of the cameras required more than the usual sensitivity to aesthetics, recalled Kimmo Luoto, Managing Director of Tele-Projekti Oy. “To satisfy the architects, KMV Turvapalvelut worked with a local fabricator to design and manufacture special brackets and camera housings to blend in with the architecture and the outdoor lighting poles. Everyone was pleased with the results.”

Live video from selected cameras is available for viewing at the museum’s reception area, and authorized museum employees are able to watch live or archived video from their own workstations using March Networks’ browser-based Command client.

“The system gives our customer service personnel awareness of where our visitors are in the museum, and in the event of a theft, vandalism or other incident, it provides solid evidence of what happened,” said Roponen.

Video is stored on an external hard disk array with archiving capacity of approximately six days — more than enough to investigate reported events.

Fortunately, Serlachius Museum has never experienced a headline grabbing art heist, and with its March Networks IP video surveillance solution and other security systems in place, museum management and the Gösta Serlachius Fine Arts Foundation are confident that their valuable collections are safe and secure.