When the Shoe Fits

To find that perfect pair of sneakers, you often have to do some research, compare features and cost, and try a few pairs on to ensure just the right fit. Shoe Palace, one of the fastest growing retailers of high-end athletic footwear in the United States, underwent a similar experience when it decided to upgrade its video surveillance system.

A couple of years ago, the technology team at the California-based company started looking for a replacement for an outdated analog video system. They tested two different digital video offerings that ultimately didn’t measure up to expectations.

“We had high hopes for one of the systems, but unfortunately the more locations we installed, the worse they performed,” said Andy Hooks, Shoe Palace’s Vice President of Technology. “The video quality was poor, access was slow, and we couldn’t see video remotely from some of our stores. The vendor said we needed more bandwidth. We had engineers working on the system left and right trying to address the issues we were having, and finally we decided to move on.”

Another of Shoe Palace’s key requirements was the ability to access video remotely on smartphones and tablets so that district and regional managers could keep an eye on their stores while on the road, said Hooks.

“We had another incident recently when someone broke into one of our stores in San Francisco. With the March Networks SE2 cameras at this location, the clarity of the picture we captured was amazing. We got a clear shot of the person’s face even though it was dark.” 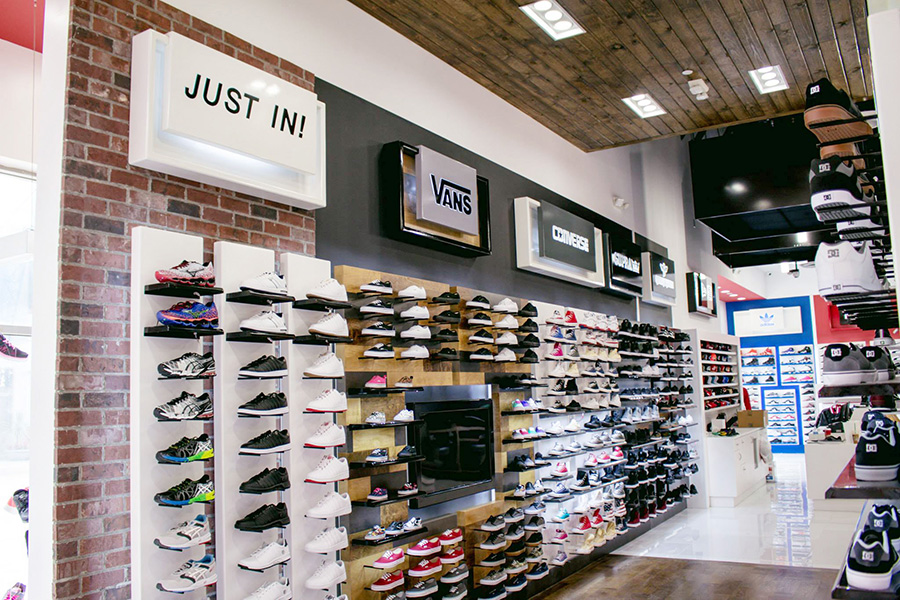 “Mobile access is an important feature for us. It proved cumbersome with the initial system and, in turn, I was receiving a lot of complaints. That’s when I decided to contact March Networks again.”

‘March Networks had everything we were looking for’

Hooks had considered the March Networks system in Shoe Palace’s original vendor evaluation, but the company’s new mobile application wasn’t ready at the time. A year later, March Networks Command Mobile was available and receiving positive reviews, so Hooks brought the company back in.

“We piloted March Networks in two stores with different environments. One location in California had our older analog cameras, and the Colorado location was already equipped with digital IP cameras,” said Hooks. “The March Networks system worked perfectly in both locations. The video quality was excellent, the systems were easy to set up, and there were absolutely no bandwidth issues. Those factors, combined with its new mobile app, meant that the March Networks system had everything we were looking for.”

Last year, Shoe Palace opened 30 stores and rolled out the video systems in most of them. Today, there are 84 Shoe Palace stores equipped with March Networks 8000 Series Hybrid NVRs, IP cameras and Command Client software, all managed centrally with Command Enterprise Software. The retailer is now in the process of converting a number of legacy systems to the March Networks solution.

Within a few years, Shoe Palace expects to install the March Networks solution chain-wide, as well as in its newly constructed headquarters and warehouse in Morgan Hill, California, 10 miles south of San Jose.

“We’re getting ready to break ground on a 504,000-square-foot warehouse next to our current 230,000-square-foot facility, and we expect to have March Networks installed throughout,” said Hooks.

“We have a clearance center in Southern California, for example, that was broken into several times,” said Hooks. “We had another video surveillance system installed there, but were never able to get the quality evidence we needed. Once we installed the March Networks system, there was no problem. It worked flawlessly, the picture quality was excellent, and it was much easier to use.

“We had another incident recently when someone broke into one of our stores in San Francisco,” Hooks continued. “With the March Networks SE2 cameras at this location, the clarity of the picture we captured was amazing. We got a clear shot of the person’s face even though it was dark.”

The loss prevention capabilities of Shoe Palace’s video surveillance system will be further enhanced by March Networks Searchlight for Retail software, which Shoe Palace has decided to integrate with a new point-of-sale system it plans to introduce across the chain.

Used by more than 300 retail brands worldwide to extract critical information on losses, operations and compliance, March Networks Searchlight helps retailers improve performance and profitability. The software can alert retailers to suspect transactions across multiple locations simultaneously, enabling them to detect fraud and theft in a fraction of the time it would normally take.

“Using Searchlight, for example, we’ll be able to ask for all the returns over $100, link to the video and instantly see if there’s a customer standing there or not,” said Hooks.

Shoe Palace has between 16 to 32 surveillance cameras per store typically, and uses March Networks’ two megapixel SE2 dome cameras and integrated Oncam 360° cameras. The dome cameras are widely dispersed to provide coverage of all sensitive areas, while one or two Oncam cameras are located in the center of the stores to provide an overview of each sales floor and eliminate blind spots.

Aside from Shoe Palace’s loss prevention staff, who have access to video captured in all of the stores, district and regional managers can use video to monitor operations in the stores they oversee. Shoe Palace marketing staff in Los Angeles are also able to call up video to check that store signage and promotions are on display correctly in various locations.

From an IT perspective, Hooks credits March Networks for making his job much easier.

“One of the things I love about March Networks is that it integrates seamlessly with Microsoft’s Active Directory. Authorized staff, for example, don’t have to input an IP address to access each location’s security video, as is the case with many other systems.

“Once an end user is set up with their account and access permissions in the Command Enterprise Software, they can easily view video from their phone using the Command Mobile app or from their computer with Command Client,” explained Hooks. “They just sign in with their corporate username and password to access the locations they are authorized to see. Having the ability to manage everything centrally, and have it actually work with no problems, is a great advantage for us.”

“The support that First Alarm and Shoe Palace received from our March Networks sales representative and engineers has been stellar,” noted Pierson. “It has also been a privilege working with Shoe Palace. They’re a rapidly growing and very progressive company receptive to taking advantage of the cutting-edge loss prevention technology that March Networks offers.”

First Alarm stages most of the equipment for Shoe Palace. Hooks then looks after the installations himself or contracts out to installers across the country.

He cited an installation at Shoe Palace stores in Hawaii as an example of how easy it is to work with the March Networks solution. Instead of flying out to Hawaii himself, he configured everything at his office in California, and sent out the equipment with mounting hardware and detailed step-by-step instructions for a couple of the store managers to install in those stores.

“Once everything was mounted and hooked up, I logged in to the March Networks software, registered the devices for the Hawaii locations, and that was it.”

Shoe Palace had to “try on” a few video surveillance systems, but like its own customers, it found the perfect fit with March Networks and First Alarm.

“Part of my job is to provide people with tools that help them work as efficiently as possible,” said Hooks. “If they can save time by having everything at their fingertips, by pulling up video on their phones or tablets to see what’s going on or what happened, and it all works as designed, then I’m happy and so are my end users.”