Fully Modern on All Fronts

Security has come a long way in the banking business. At one time, for example, Westpac New Zealand supplied firearms to employees and had a gun range in the basement of one of its branches to train staff in marksmanship. It was only in 1975 that firearms were removed from the branches and the gun range deemed redundant.

Part of the Australian-based Westpac Group, Westpac New Zealand is the island nation’s second largest financial institution with 170 branches across the country, approximately 130 of which are equipped with March Networks 8000 Series Hybrid NVRs or 9000 Series IP Recorders. As the bank’s older, third-party surveillance devices and recorders exceed their ‘best before’ date, they too will be replaced by March Networks technology, said Ray Millar, Westpac New Zealand’s Senior Manager of Protective Services.

“We have exposure to three video surveillance systems and the March Networks solution is the leading performer of the three for usability, retention and quality.”

The introduction of the 9000 Series IP Recorders followed a decision by the bank last year to begin transitioning to high-definition, all-IP video in new deployments for enhanced image quality. Each recorder is loaded with a quartet of 4TB hard drives for total storage capacity of 16 TB, allowing Westpac New Zealand to retain video for up to a year. Branches are each equipped with between 10 and 24 third-party cameras depending on their size, including outdoor cameras in branches where parking lot coverage is necessary. 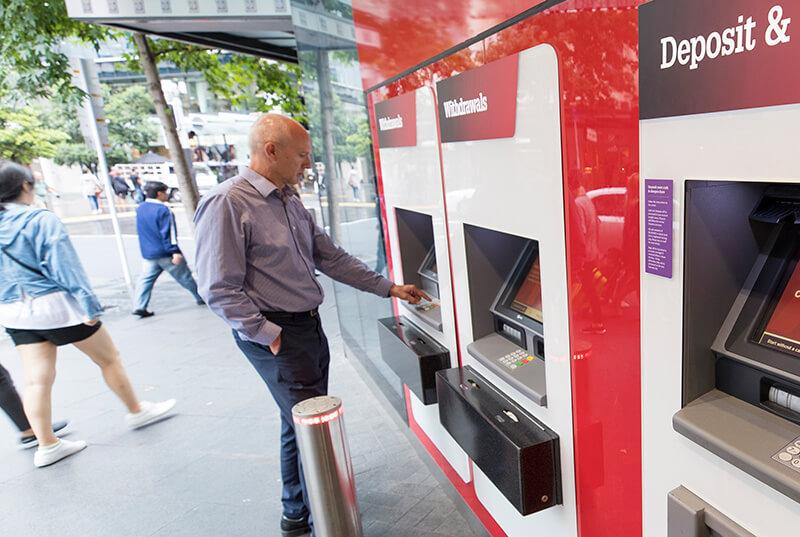 In addition to its 170 branches, Westpac New Zealand operates 320 remote ATMs, 19 of which are smart bank machines that accept deposits without the need for a bank card. To comply with the New Zealand government’s anti-money laundering requirements, the bank has equipped the 19 smart ATMs with March Networks MegaPX ATM cameras. Designed specifically for bank machines, the MegaPX ATM camera is compact, easy to install, and features high dynamic range for superior image capture in bright backlit conditions and excellent low-light performance.

Westpac New Zealand uses its complete video surveillance solution to manage a number of risks, including robberies, violent and aggressive behavior, and investigations around discrepancies in cash.

“We allow for fast, bulk deposits, so someone might drop $5,000 in a sealed, tamper-proof bag into a slot and walk away,” said Millar. “The bag gets processed in a cash room and if a bank employee opens it and finds it’s short, it’s vital that we have good camera coverage with a chain of evidence to show with some confidence that the bag wasn’t tampered with.”

“If we lose a camera or a recorder hard-drive, we need to know as soon as possible because we don’t want a branch to open without a fully functioning video surveillance system. In these situations, we’ll dispatch a security guard to the branch until we can get a technician there to get the system up and running.”

Westpac New Zealand provides its regional and branch managers with access to video systems in the locations they oversee, and requires them to check the field of view monthly to make sure the cameras are properly positioned for optimum surveillance. The bank also makes the systems available to its anti-money laundering investigators and other key people in the organization. From time to time, said Millar, the security department will receive requests for video from the human resource department, for example, or from a customer whose car has been dinged in a branch car park.

In the event of a robbery or other incident, still images from the video solution can be quickly and easily emailed to law enforcement. Video clips can also be exported directly onto a memory stick or burned to a DVD.

Westpac New Zealand works with multiple systems integrators for its video installation and maintenance. For vendor support, Millar relies on experienced March Networks staff based in Sydney, who regularly hop across the Tasman Sea to call on customers in New Zealand.

Westpac New Zealand’s decision to standardize on a March Networks intelligent video solution is based on the bank’s experience with different vendor offerings, noted Millar.

“We have exposure to three video surveillance systems and the March Networks solution is the leading performer of the three for usability, retention and quality.”

Not surprisingly, the Westpac Group’s Australian banking division with 1,429 branches and 3,850 ATMs also relies on March Networks as its preferred video surveillance vendor.