They Could Have Used an ATM Camera

They say hindsight is 20/20. That’s certainly the case in many financial crimes, where investigators sort through the evidence and determine what led up to a specific theft or fraud, and what security gaps – if any – should be addressed to prevent similar crimes in the future.

In some cases, a lack of physical security can be a major contributing factor to a crime. In other cases, surveillance equipment may be in place, but it’s either not maintained or it’s a poor quality product to start with. FBI investigators often remind banks to invest in a good video surveillance system and to test it regularly.

It’s advice that unfortunately not every financial institution follows. With crimes like ATM skimming on the rise in the U.S., banks and credit unions need reliable surveillance solutions that cover all of their assets, including their ATMs.

A reliable, covert IP camera that delivers high-definition images can go a long way toward enhancing security for banks, as well as accelerating investigations after a crime has taken place, as we’ll see in this blog. 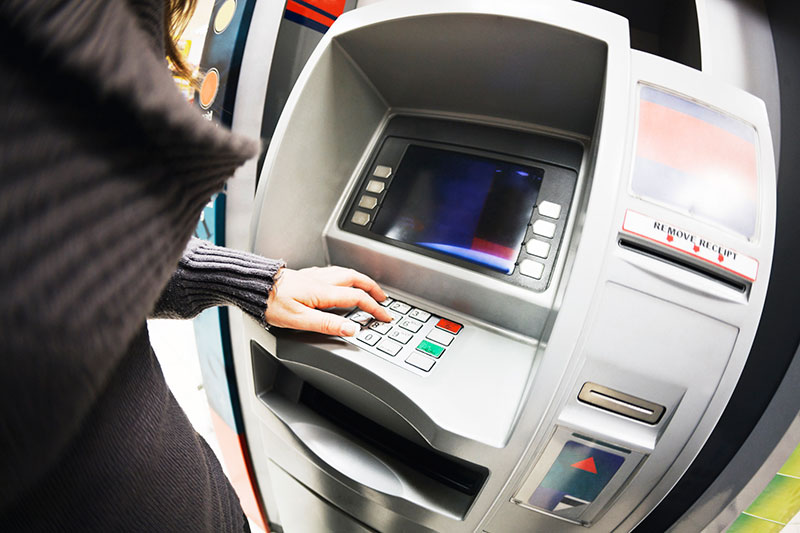 The following are some real-life examples where banks and credit unions could have benefitted from a high performance ATM camera.

When a customer was violently attacked while using an Orlando bank’s ATM, police were hoping surveillance images would help identify the suspect. But their hopes were dashed when they saw the footage from the bank’s security cameras. A local news story described the video as “extremely blurry and pixelated.”

This bank not only failed to capture discernable images of the suspect in this crime, but it also initiated its own public relations crisis when the local news picked up on the story. The bank was publicly criticized for not investing in better security cameras.

Had this bank had a covert IP camera inside its ATM, it could have captured clear, high-definition images of the suspect in this case. Some cameras, like the MegaPX ATM Camera, for example, deliver sharp megapixel images – in bright daylight or virtual darkness – making them ideal for forensic investigations.

Violent crime at ATMs is a concern for banks, but so, too, is ATM skimming. A recent report by credit scoring agency FICO found that theft of card data from U.S. ATMs has reached its highest level in 20 years.

Some cities are seeing more skimming activity than others, including Baltimore, where a number of residents were recently victimized after using the same bank machine. News reports told of customers losing hundreds of dollars from their accounts.

In another case in Wisconsin, skimmers were discovered at five ATMs belonging to the same credit union. Investigators concluded that criminals were actually purchasing parts from legitimate ATM manufacturers and then manipulating them for fraudulent gain. These types of sophisticated schemes are often attributed to organized crime groups.

Banks can fight back by deploying advanced IP video surveillance. With a reliable ATM camera in place – and the right kind of video analytics – banks can very quickly detect suspicious behavior around their ATMs, such as someone lingering at the machine but not making a transaction, which could be a sign that someone is installing a skimming device. Equipped with this information, banks can then search their video evidence and very quickly identify a suspect. And the better the video evidence, the greater likelihood of identifying criminals and containing the number of victims affected by the fraud.

Banks and credit unions go to great lengths to combat internal theft, with strict policies on cash handling and dual-control procedures aimed at reducing opportunities for would-be thieves. Even so, the temptation to steal proves too great for some, such as this South African bank employee, who was allegedly loading counterfeit money into his organization’s ATM. According to one news story, the man loaded half of the machine with real money, and the other half with fake bank notes. He reportedly stole millions of dollars before authorities caught on to the scheme.

With a high-quality ATM camera installed inside its bank machines, a financial institution has much more visibility into what’s happening around its bank machines. By regularly reviewing video evidence from the camera, security staff can pick up on odd or suspicious behavior, such as an employee who may be tampering with the machine.

The Choice is Clear

ATM applications have a unique set of requirements that can make it difficult to capture video surveillance if the right solution isn’t deployed. Banks should investigate their options, talk to their security integrator and ask for a demonstration, including video images from the camera. A good ATM camera will capture high-quality images in all lighting conditions, and will stay in place after installation.

Read “How Video Surveillance Can Help Safeguard Your ATMs”

Read “Powering Bank Branch Transformation with Video-Enabled Insights”
Sign up for our newsletter here Get the latest news and information on our IP video products with March Networks News. Subscribe now