Thanks to our guest blogger Louis E. Grever for sharing his expertise and advice on banking security. Share your feedback on this blog by posting your comments below.

In my role with the FBI for more than 24 years, I unfortunately saw a lot of crime in bank environments.

I know it’s a delicate balance to make sure your bank branch is open and inviting while also employing strong security measures to ensure you don’t appear to be an easy target for criminals. 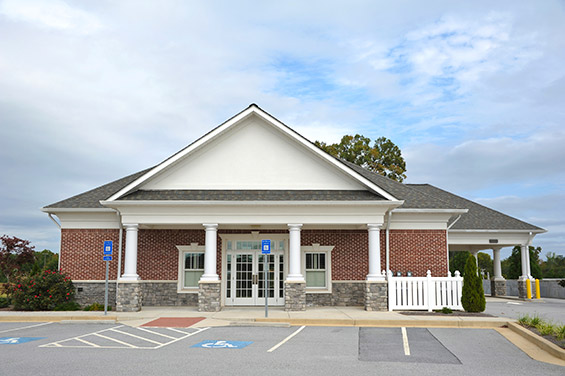 The most significant security threats for banks include:

For the purpose of this blog, I’m focusing mainly on external physical threats, however a lot of the solutions and technology we have today not only deter such threats but also provide you with an audit trail and an ability to detect insider threats as well.

How Big is the Problem?

The good news is that statistics show an overall decline in bank robberies. Nevertheless, this type of crime is still a problem in the U.S. and worldwide. And losses from these crimes are significant, topping $38 million (US) in 2011 alone.

Who Are the Offenders?

For banks, there are generally two types of offenders: career offenders, who will spend time in your bank to learn about your processes and procedures; and opportunists, who do limited assessments and don’t plan their actions very well.

One thing career offenders and opportunists have in common is they both avoid hard targets.

So when it comes to protecting your retail branches, it’s about becoming a hard target. And that always comes down to your policies, procedures and security investments.

Here are some of my recommendations for making your branch a hard target for criminals.

What Are Some Solutions?

1. Regularly Evaluate and Test Security Practices and Procedures – Many procedures look good on paper, but when you walk through them you’ll see an obvious error. Have someone there acting from the perspective of the robber and have them tell you what they see.

If your branch is targeted and you are robbed, statistics show you have a much greater likelihood – up to 2.5 times – of being robbed again in the near future. That’s because there may have been a vulnerability in your security or the way your branch is perceived by an outside observer. They may not see your branch as a hard target. So make changes.

2. Train Staff to Follow Procedure – You engage in staff training, but you have to test it! A best practice I saw in one institution involved the chief of security doing a morning walk-through of a simulated bank robbery situation.

If employees know security procedure off the top of their heads, they’ll be better prepared for an event when it takes place. In my experience, it’s deviations from protocols and procedures that cause injuries and can lead to serious situations. A real hero is the witness that stays calm and provides a good description of the bad guys. So practice what you preach and review what you practice.

3. Build Strong Relationships – Local law enforcement, the FBI, your colleagues, competitors and technology providers all have an interest in making sure nobody in your community gets targeted.

Start a security working group involving these individuals and have a discussion. It’s also an opportunity for law enforcement to tell the banks about any suspicious activity or patterns of criminal behavior they may be seeing.

4. Invest in Multilayered Physical and Electronic Security and Test it Regularly – Many banks and financial institutions invest in surveillance, but you’ve got to test it, update it, or sometimes do an entire tech refresh.

There have been many instances where the FBI will get video surveillance imaging from inside a bank and it is of no value because it’s not clear enough to use. This is about your reputation. There’s value in letting your customers know you care about their safety and protecting their assets. Think about it. Your reputation could be tarnished if a grainy, low resolution image of a bank robber appears on the nightly news after an unfortunate incident in one of your branches.

There’s tremendous opportunity right now to adopt advanced technology, as the costs for the hardware are coming down. It’s a very economical decision. There’s also an added benefit to being able to reconstruct a scene after an event, be it a robbery or something as simple as a customer tripping over something in the lobby of a branch.

5. Strike the Right Balance – Do some things overtly, but do some covert things, too. Install cameras in unexpected locations, and conceal some of them. Those things pay dividends later on.

In the Boston marathon bombing, that entire investigation that led to the capture and ID of both those individuals was almost wholly attributable to stitching surveillance video together. It was external surveillance cameras used for routine security that made the difference.

Want to learn more? Download the webcast, Using Video to Protect Your Bank’s People, Assets and Reputation, with Louis E. Grever and Dan Cremins, March Networks Director, Product Management, via ICBA’s website. Also, check out a short video produced by the FBI that speaks about the importance of keeping video surveillance systems in commercial settings well maintained and up-to-date.

Louis E. Grever retired from the Federal Bureau of Investigation (FBI) in 2012 after a 24-year career as a Special Agent. In his last position, he served as the Executive Assistant Director over the FBI’s Science and Technology Branch.

Read “How Video Surveillance Can Help Safeguard Your ATMs”

Read “Powering Bank Branch Transformation with Video-Enabled Insights”
Sign up for our newsletter here Get the latest news and information on our IP video products with March Networks News. Subscribe now