Whether you work in retail or banking, you need surveillance technology delivering total situational awareness with the highest image quality, and one way to ensure that is by leveraging 360-degree cameras in your security system. 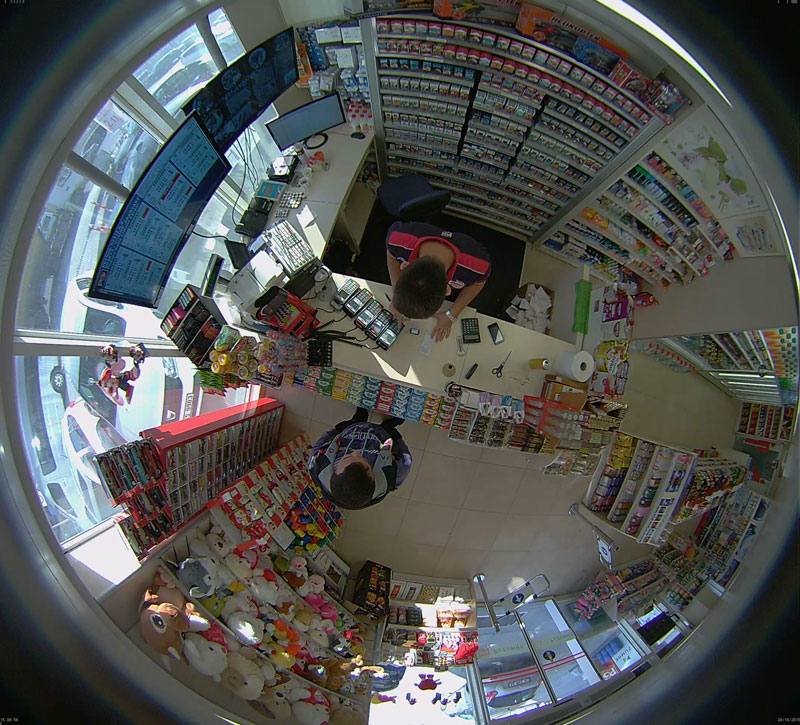 A 360-degree camera gives you a complete panoramic view of a location, while reducing your overall camera count, which can often save you money. That said, not all 360-degree camera technologies are alike. Some offer better resolution and more advanced compression and de-warping technologies, which can make a major difference to how well the camera performs.

When it comes to video surveillance, sometimes you’re forced to choose between improved security and aesthetics. But that is not the case with the C-Series 360-degree cameras, which have a compact size of just 3.6 inches (92 mm) in diameter for the C-12 Indoor and 5.9 inches (150 mm) in diameter for the C-12 Outdoor Plus. They pack a lot of power into their small size, with industry-leading frame rates of 55 frames per second (FPS) at full 9MP resolution. Or, you can maintain 30 FPS on your primary stream with up to 3 other streams running. The C-Series’ more modern, minimalistic design fits almost any space, where a larger, clunkier security camera would look out of place. The small size also allows for the camera to be barely noticeable in the right location.

High-resolution 360-degree cameras can often eat up large amounts of bandwidth and storage. However, the C-Series’ advanced compression technology strikes the right balance between storage, bandwidth and image quality. Oncam’s StreamLite compression is built into the C-Series, allowing for up to 50% savings on storage and bandwidth. StreamLite utilizes smart dynamic object and motion-based algorithms to analyze the video stream in real-time and identify the most important areas of the recording. Less important areas are then compressed. With this compression technology incorporated into the C-Series, your image remains sharp and more detailed compared to previous 360-degree camera technology. The C-Series also offers dynamic FPS, which can even further reduce the data rates by keeping the frame rates low when there is no motion. With this feature, the FPS go back to a normal rate when motion occurs in the scene.

The C-Series 360-degree cameras boast multi-exposure HDR using Oncam’s TrueDetail technology that extends the dynamic range of a camera by capturing multiple frames and normalizing the highlights and lowlights to create one natural looking image with the best balance of lighting possible. Unlike traditional HDR technologies, TrueDetail captures the two frames concurrently with less time lag between short and long exposures. This is ideal for locations with lots of window space exposed to direct sunlight, such as lobbies and offices. Ultimately, the C-Series 360-degree cameras optimize image quality to produce clearer, full-color, lower noise video images. They also maintain the sharpness of static or moving objects even in challenging low and mixed light conditions.

To learn more about how Oncam’s new C-Series 360-degree cameras can benefit your business, watch the video below.