Get More ROI from Your Mobile Surveillance

Douglas DeLeaver is the former Chief of Police (Retired) for the Maryland Transit Administration Police Force. Throughout his 37-year career in law enforcement, he served in many senior roles including Maryland State Police Lieutenant and Superintendent of the Maryland Natural Resources Police. He has advised governments on security and counter-terrorism measures in critical infrastructure like public transportation.

Every day, millions of people in North America and around the world rely on public transportation to get them where they want to go. In some major U.S. cities alone, the number of people taking buses and trains on a weekday can top several hundred thousand. 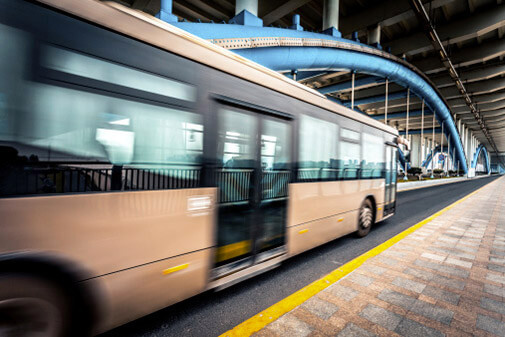 It’s no wonder then that transit authorities have made the safety and security of passengers their main priority. Guarding against accidents, crime and even terrorism is of utmost importance to operators, who are always exploring new ways to protect travelers.

More and more, video surveillance is playing a role in enhancing safety on buses and trains because it gives transportation authorities the ability to monitor operations on a 24/7 basis. In my experience, it’s an investment that yields great returns, particularly when your surveillance system integrates both your mobile fleets and your transit stations or depots.

As the former Chief of Police for the Maryland Transit Administration, I’ve seen crimes like theft, vandalism, assault and even homicide occur along transit routes. I firmly believe that video surveillance helps deter criminal activity because it discourages bad behavior.

When potential offenders see cameras, they know someone is watching. It makes them think twice about committing a crime if they know they’re going to be identified. Having cameras inside fleets and at transit stations also provides more comprehensive coverage, so suspicious activity can be tracked wherever it occurs across an organization.

And with the kind of high-definition cameras and advanced video management systems now available, it’s easier than ever to identify suspects. If a crime has taken place, we can very quickly search the system to find the required video evidence.

I believe the presence of video cameras also makes the public feel safer. This kind of assurance can help increase ridership and contribute to the overall health of a transit operation.

A Picture is Worth a Thousand Words

They say a picture is worth a thousand words; in my mind, that means video is incredibly valuable. It’s a true image that can’t be tampered with.

For a transit operator, video can prove indispensable in resolving liability claims because it is evidence of what occurred on a given date and time. It can very quickly be used to prove or disprove what took place in an incident involving a personal injury claim. Less time spent gathering evidence and resolving disputes can result in significant savings for transportation authorities.

A news report recently showed that one operator, the Southeastern Pennsylvania Transportation Authority (SEPTA), has seen a dramatic decrease in claims payouts since installing video cameras on its buses and trains.

Employers often wish they had eyes in the back of their head to monitor operations in their absence.

Video is one tool that can be used to very quickly survey issues across a transportation network. Seeing what’s taking place across an organization can help reduce operational inefficiencies and improve employee performance.

We’ve all seen troubling news footage of bus drivers talking or texting on their cell phones. Video surveillance can discourage this kind of behavior, enhancing safety for passengers.

Alternatively, it can also exonerate a driver if a false accusation is made.

It’s not hard to see why video surveillance is quickly becoming a necessity for transit operators. From enhancing passenger and employee safety, to resolving disputes and improving employee performance, an integrated video surveillance system that covers mobile and fixed assets is an investment that can pay big dividends in the long-term.

Thanks to our guest blogger Douglas DeLeaver for sharing his perspective on the value of mobile surveillance. Have something to add? Share your thoughts here.

Read “Mobile NVRs: Not Just for Public Transit”
Sign up for our newsletter here Get the latest news and information on our IP video products with March Networks News. Subscribe now