Christopher Perry, Loss Prevention Operations Manager with U.S. clothing retailer Charlotte Russe, remembers the sinking feeling he used to get when he’d log in to a video surveillance system in search of video evidence only to discover that the system was down.

“There’s nothing worse than having an incident in a store, going to pull video and discovering it’s not there,” said Perry. “Fortunately, that hasn’t happened once since we began deploying March Networks video surveillance systems.”

A women’s clothing retailer with 560 stores in 45 states, Charlotte Russe began searching for a new video surveillance solution in 2014 to replace a collection of aging standalone systems that couldn’t always be relied on to provide the video evidence the retailer required.

“I used March Networks where I was previously employed and always found it to be bullet-proof, so when our security systems integrator, Short Circuit, recommended a March Networks solution, I knew we were on the right track,” said Perry.

“When we install a March Networks system in a store, we know we’re going to get a significant drop in shrinkage.”

March Networks 8508 Hybrid NVRs were ideal “because when you have as many older analog cameras in place as we have, you want a recorder that can accommodate both IP and analog cameras,” said Perry. Other requirements included 30 days of storage, recording on motion and the ability to review video in the field and from the company’s headquarters in San Diego and San Francisco. 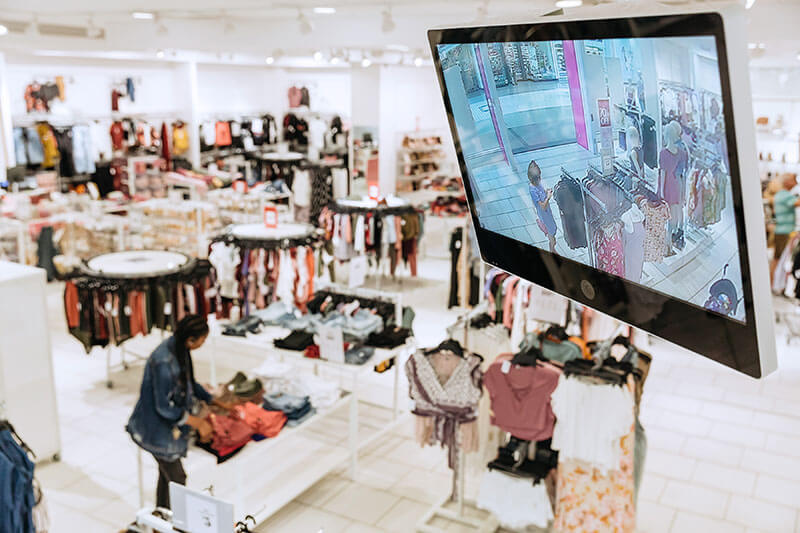 “Short Circuit did a demo for us and we were impressed with both the value and the performance of the system,” said Perry.

The retailer is deploying the March Networks solution in additional stores as budgets are allocated, with special attention paid to locations with higher than average shrinkage, said Perry.

“When we install a March Networks system in a store, we know we’re going
to get a significant drop in shrinkage. We find that we’re usually able to pay for a system after one or two inventories. It could be the deterrent effect of our public view monitors on shoplifting or a reduction in internal fraud.”

One of the reasons for selecting March Networks was the opportunity to take advantage of the company’s advanced Searchlight for Retail software. The software integrates video with point-of-sale transactions, analytics and RFID data in powerful reporting dashboards. It helps retailers investigate losses faster, gather strong case evidence and benefit from a wide range of business intelligence tools to improve customer service, compliance, workforce management, operations and more.

“We’re just in the process of gearing up for Searchlight,” said Perry. “We’re very excited about getting it up and running.”

Sixteen people currently use the March Networks solution at Charlotte Russe, including the entire security team, a few district managers and one regional vice president. In addition, approximately 100 managers can also access live and recorded video captured in their own stores.

“We only recently began providing access to our district managers and, so far, we’ve had very positive feedback,” said Perry. “Instead of getting in their cars and driving to a location, they can simply log in to the March Networks software and view video from a store on their laptop.”

Security staff at Charlotte Russe headquarters perform regular audits to review video of refunds and other potential risks, then email details about any irregularities along with video clips to regional loss prevention managers and district managers for follow-up.

“One nice thing we like about the March Networks solution is that the file format of the video clips is easy to use once we download them out of Command,” said Perry. “We can send a video clip off to the HR team, for example, and they can view it without any instructions because it is so user-friendly.”

“Our old systems were standalone, so when you logged in to a recorder, there was often a time variance,” complained Perry. “It could be 10 minutes. It could be an hour. The March Networks systems are all connected through our network back to the server, so the time always matches the point-of-sale system.”

Charlotte Russe uses its March Networks solution primarily to review archived video, but Perry will also go into the system from time to time “to have a look” or pull up video from a store to point something out during a meeting.

“For example, I can program the system to display live camera views of all the cash wraps in a region. I just hit one button and they all pop up.”

Instead of that ‘sinking feeling’ he used to get after discovering that a legacy recorder was down and video evidence wasn’t available, Perry now gets emails from the March Networks Command software, proactively alerting him to potential health issues such as a failing hard drive or a camera that’s lost network connectivity, allowing him to take remedial action or arrange for maintenance by Short Circuit.

“Our security systems integrator is fantastic,” said Perry. “The thing that sets Short Circuit apart is the questions they ask. They truly want to understand what your needs are to an impressive level of detail. When you see the final product, you realize it’s exactly what you wanted and you appreciate all the care they’ve taken up front.

“I’ve also been impressed with the relationship Short Circuit has with March Networks. Not all integrators and manufacturers work together as effectively to address customer issues.”

“If we rated our customers on a scale of one to 10, Charlotte Russe would be a 10,” said Taylor. “They’re a phenomenal customer.”