With beautiful Lake George located at its center, Eastman Park is a favorite spot for locals and visitors alike. It’s the place to be in the summertime, when as many as 10,000 people gather on weekday evenings for music and activities.

From the municipality’s perspective, such a popular public space requires robust physical security to help maintain its safe and welcoming atmosphere. That’s why Eastman Park was one of the first publicly accessible locations in St. Cloud to deploy a March Networks video surveillance system.

“Our March Networks video solution has been extremely reliable and provides us with the features we need to work effectively in the system.” 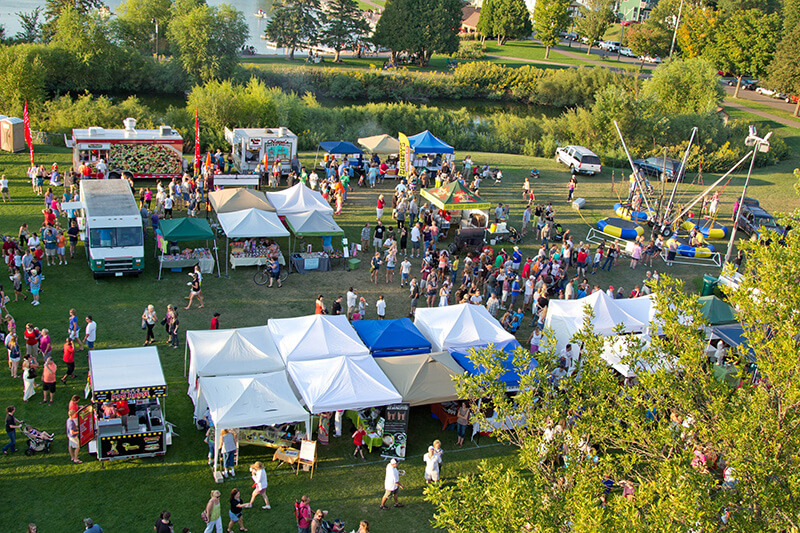 According to Myers, security integrator Marco Technologies was instrumental in bringing the system to the park. Marco has deep roots in the Midwest, and plays an active role in the St. Cloud community, a city of just over 67,000 located along the Mississippi River, 70 miles from Minneapolis.

The City of St. Cloud is the eighth largest city in the state. It boasts big city amenities — like first-rate medical facilities, a college, and a university — while still maintaining its small town charm.

The security of public facilities plays an important role in any municipality’s growth, and in his 21 years with the city, Myers has helped oversee the installation of March Networks video surveillance in locations including St. Cloud’s city hall, public library, wastewater treatment plant, YMCA and aquatics facility, seniors center, law enforcement center and municipal airport.

The solution is a critical component of the city’s integrated safety and security program, serving as both a visible deterrent and a way to go back and see what’s transpired when a rare incident does occur.

“If something happens, there’s a level of comfort there that we can go back and get the video,” Myers says.

When an incident occurs, anyone on Myers’ team of four IT technicians and two help desk personnel can access the system to locate video and supply the files to authorized city staff or law enforcement.

“I’m very satisfied with the Command software,” said Myers. “I use the timeline bar to quickly narrow down my search and adjust the date to get exactly the video clip I need. It’s really nice to have that feature.”

Command’s customizable user inter­face also enables system administrators to restrict access to video based on each users’ level of permission. For example, in Myers case, he can create different views for each member of his team, as well as a separate view for law enforcement where needed.

In addition, the software allows the team to remotely monitor multiple locations simply by toggling between cameras at different city sites.

“I can slide over and see which remote location I’m looking at,” said Myers. “I can see it all in one view or I can call up the individual location.”

When Myers received an early morning call recently about a fire alarm at city hall, he was able to review the video to determine what had happened.

“It was a false alarm, so we used the video to see when the alarms tripped. The software’s motion histograms made it very easy to see when the camera started recording.”

Video has helped the municipality investigate other incidents as well. A shooting near the public library captured on video helped police identify the suspect, as well as a vehicle wanted in connection with the incident.

Myers is confident that both Marco and March Networks will continue to play a key role in the security of St. Cloud.

“Our March Networks video solution has been extremely reliable and provides us with the features we need to work effectively in the system. Marco has also been consistent player and an excellent partner.”