The opportunity to transition to a state-of-the-art video surveillance system coincided with a period of rapid expansion for the retailer, noted Cole Haan Store Controls Manager Elizabeth Mitchell.

“We’re very happy with the March Networks solution. It’s a reliable, robust system that provides us with excellent quality video, and is easy to use.” 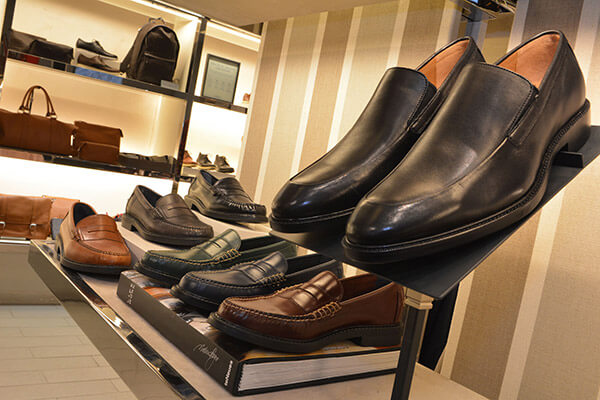 “We had a variety of legacy video systems from different manufacturers at the time and wanted to move to a uniform system in our stores. Several of the systems were obsolete and the maintenance was getting costly, so a decision was made to bring everyone onto the same platform.”

In early 2014, Cole Haan invited Securitas Electronic Security (formerly Diebold Security), a recognized leader in electronic security and services, to recommend a way forward. After reviewing the retailer’s needs, Securitas Electronic Security (ES) proposed a March Networks solution using the company’s 8000 Series Hybrid NVRs and enterprise-class video management software. The first March Networks system was installed in June 2014, and by December 2015, 90 of Cole Haan’s 117 stores had made the transition. The goal is to ultimately convert all of its stores to March Networks technology as locations are upgraded or legacy systems fail.

The combination of a top-notch security systems integrator and a globally recognized leader in video surveillance technology proved to be a winning strategy.

“We have a very good relationship with Securitas ES,” said Mitchell. “They have been a great partner to work with, especially during a time when we were adding new stores left and right. The key to a great relationship with a security systems integrator is good communication and great customer service. That’s something we definitely have with Securitas ES. They have been very responsive and effective in getting the job done.”

One of the retailer’s key requirements was reliable and uninterrupted remote access to its video recorders in the field.

“That was important because Cole Haan wasn’t always able to connect to its old recorders to access video,” said Securitas ES Senior National Account Manager Patrick Farrell. “That was a huge issue and we were able to solve that for them with the March Networks solution.”

Cole Haan’s 117 stores include its flagship Rockefeller Center fashion emporium in New York City and upscale streetfront and outlet locations in major cities across the United States and Canada.

Most stores are equipped with one 8000 Series Hybrid NVR and eight analog cameras: two over the point-of-sale (POS) terminals in the central cash wrap; three covering the sales floor; and three more in the rear of the store capturing video from the manager’s office and the receiving door.

The 8000 Series Hybrid NVR comes in 4, 8 16 and 32 channel models and accommodates a mix of IP and analog cameras, enabling Cole Haan to upgrade easily to high-definition or megapixel IP cameras if that’s ever a requirement. With the introduction of the March Networks NVRs, the retailer has already seen a marked improvement in video quality from its existing analog cameras, which was a welcome change.

The 8000 Series also incorporates features designed to speed installation and maintenance, saving both Cole Haan and Securitas ES time and servicing costs. Its unique docking station allows technicians to leave most cables in place during servicing, while a QR code on each NVR works with March Networks’ free GURU Smartphone Application to provide instant product information and advanced troubleshooting capabilities.

Cole Haan uses the video solution primarily to investigate shrink losses and liability claims. According to Mitchell, the March Networks system has been instrumental in investigating cash variances and suspicious POS transactions, as well as helping to identify where more employee training is needed.

Most loss prevention investigations are performed remotely at Cole Haan’s Greenland, NH global headquarters by Mitchell and her team, but store managers also have access to the local control system.

Using March Networks’ local control interface with a mouse and a high-definition monitor connected directly to the NVR, store managers can review live and archived video and, if necessary, burn video clips for follow-up by local law enforcement without having to tie up the store’s PC.

Securitas ES provided local management with an overview of the system, and the training ended up being very straightforward, said Mitchell.

“The stores were extremely receptive to the new system, everyone was very pleased with the quality of the video, and the overall feedback was that it was very easy to use.”

Mitchell is looking forward to evaluating the March Networks Searchlight for Retail application, which integrates video with POS transaction data to proactively report on instances of potential fraud and allow for instant review of the associated video.

“Currently, we monitor our POS transactions for no-sales and voids, for example, and then go to the March Networks system to call up the video. With Searchlight, all of our investigative tools will be in one place, so it will be a lot more efficient.

“We’re very happy with the March Networks solution,” said Mitchell. “It’s a reliable, robust system that provides us with excellent quality video, and is easy to use.”