Applying for a license to operate a cannabis dispensary and cultivation facility can be a long and arduous process. Just ask David and Alicia Wingard, co-founders of Flora Terra. The pair succeeded in obtaining cultivation, distribution and retail licenses for their operation in Santa Rosa, California, two years after signing a lease for a 20,000-square-foot building.

“It wasn’t easy, nor was it inexpensive,” said David. “We had a team of lawyers, consultants, friends and family that we leaned on through the entire process. We finally received our permits in April [2019] and opened September 28.”

“Overall, the business has 10,000 square feet of flowering cannabis in four rooms, plus a 4,000-square-foot nursery. With its nursery and delivery licenses, it’s able to sell product to other dispensaries and farms, and eventually even make home deliveries.” 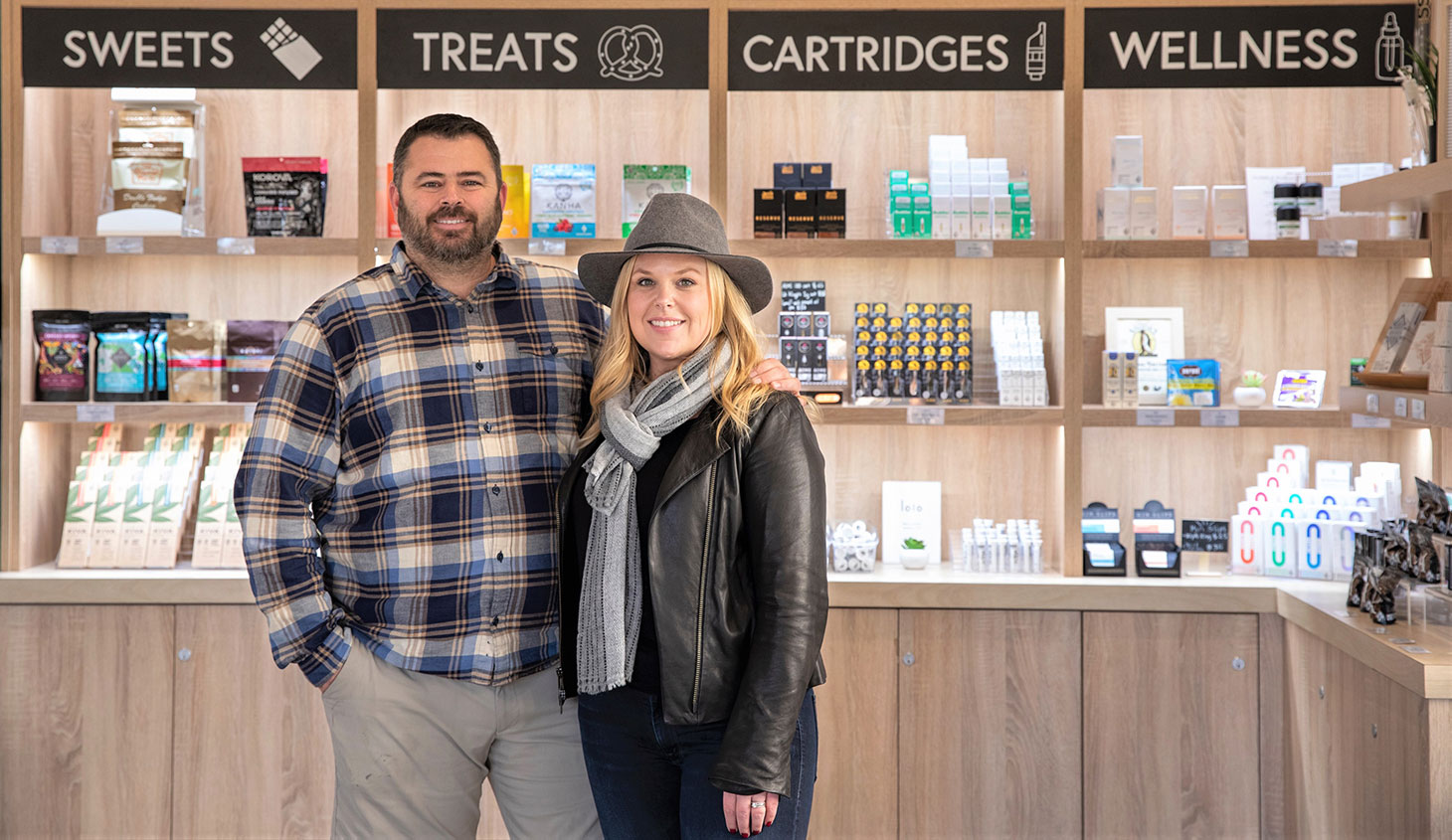 Among the stringent rules and regulations laid down by state and county governments for cannabis businesses are the requirements for video surveillance. Flora Terra has to have every square inch of space in its dispensary and cultivation rooms covered by video surveillance 24/7. A minimum of 720p resolution is required and the video has to be retained for 90 days. For added security, video recording devices have to be safely stored in a locked room.

“Security in the cannabis industry is critical for protecting profits and meeting compliance standards,” said Audrey Pierson, Vice President of Sales at First Alarm. “Our approach is to provide advanced technology, along with easy-to-use security applications, and March Networks fit the bill.”

First Alarm worked with Flora Terra every step of the way, even through the approval process.

“The support from First Alarm has been great,” said David. “In addition to supplying our video surveillance system, they also looked after access control, and fire and burglar alarm systems. They even came with us to the City Hall meeting to answer any security questions.”

To make sure every inch of the facility is covered, Flora Terra acquired several five-megapixel Oncam 360° cameras from the March Networks suite of camera offerings.

“When I realized I could capture all four corners of a room with one 360° camera, I was blown away,” recalled David. “We already had the system designed without the 360s, so we went back and redesigned it. One 360° camera is like having eight regular cameras.”

Complying with the requirement for 90 days of video storage was especially challenging, but well within the capability of the two 48-channel March Networks’ 9000 Series IP Recorders, each of which is equipped with 96 TB of onboard storage.

The dispensary and cultivation rooms are covered by a total of 40 cameras, including several dozen March Networks SE2 Series indoor and outdoor domes.

A vast business operating under one roof

Flora Terra is the only cannabis business in Sonoma County with retail, distribution and cultivation activities under one roof. A four-foot by twelve-foot wide window between the retail and cultivation areas of the building gives consumers entering the 1,000-square-foot dispensary a panoramic view of one of the facility’s four flowering rooms.

“They can see the flowers growing,” said David. “They can see our staff watering and harvesting the plants. They can even buy one if they want to.” The retail operation sells a wide range of cannabis products, including flowers, edibles, tinctures, sublinguals, cartridges and concentrates.

Overall, the business has 10,000 square feet of flowering cannabis in four rooms, plus a 4,000-square-foot nursery. With its nursery and delivery licenses, it’s able to sell product to other dispensaries and farms, and eventually even make home deliveries.

Using March Networks’ Command Mobile app on their smartphones, the Wingards are able to view video from the dispensary and cultivation rooms from just about anywhere.

“I use Command Mobile daily,” said David. “It’s a great feature to have. I can be lying on the beach. I can be skiing or having dinner and still check every square inch of my building just as if I was there.

“We were having some issues with our air conditioning, for example, so I was able to wake up in the middle of the night, go into the app and check to make sure the fans were spinning on my air conditioner units outside, where we have cameras all around the building. If they weren’t running, I would get in the car and drive over to reset them.”

The business’s director of cultivation also has access to video from his smartphone, allowing him to ensure there are no issues with the rigorous schedules for lighting and watering that are necessary for optimal cannabis growth.

Video from selected cameras is also streamed to a 55-inch monitor within the facility itself.

Aside from complying with state and county regulations and keeping an eye on the health of the plants, the March Networks video surveillance system helps Flora Terra deter shrinkage and investigate suspicious activity thanks to cameras positioned above point-of-sale (POS) terminals and around the exterior of the building.

David has had several occasions to search for recorded video. The motion histograms and timeline features within the March Networks Command Client software make locating video fast and easy, he said.

“It’s as easy as pie,” he noted. “There was an issue relating to one of our contractors before we were even open for business. I was able to fast forward through the timeline and focus on periods of time showing movement within the camera’s field of view, so I didn’t have to sit there and waste time. There was another issue relating to one of our employees. In both cases, we were able to quickly find the relevant video evidence.”

The complete March Networks solution for cannabis operations also includes integration with POS systems and RFID tags, which are used in several U.S. states, including California, to track cannabis plants from seed to sale.

With March Networks Searchlight for Retail software, video of RFID-tagged cannabis plants can be quickly located, enabling operators to visually track the movement of product. POS transactions can also be tied to video, so suspicious transactions like unusual voids or refunds can be investigated.

The Wingards are not currently using the March Networks Searchlight-RFID integration, but are open to exploring it in the future.

“It could save us hours a day,” David said.

Once Flora Terra begins making use of its distribution license, it can also take advantage of March Networks’ RideSafe mobile solution for its transportation assets. The rugged RideSafe MT Series IP Recorders are ideal for video surveillance recording in mid-sized vehicles, like delivery trucks.

The March Networks solution easily satisfies California’s cannabis compliance requirements and allows operations like Flora Terra to benefit from improved security while also accommodating future investigative functionalities should they one day be required.