Delivering educational resources to more than 5 million students and faculty across the U.S. comes with some unique security challenges, as Steve Welk, Director of Loss Prevention for Barnes & Noble College, knows well.

With almost 800 stores, the country’s leading campus bookstore operator has retail locations coast to coast, and many inside the nation’s top academic institutions including Harvard, Yale, and Georgia Tech. Bookstore locations range in size from small to as large as 70,000 square feet.

Managing security across such a diverse group of locations requires a reliable video solution that is easy to use, and a video manufacturer that is attentive to the needs of Barnes & Noble College. According to Welk, the bookseller enjoys all of that with March Networks. 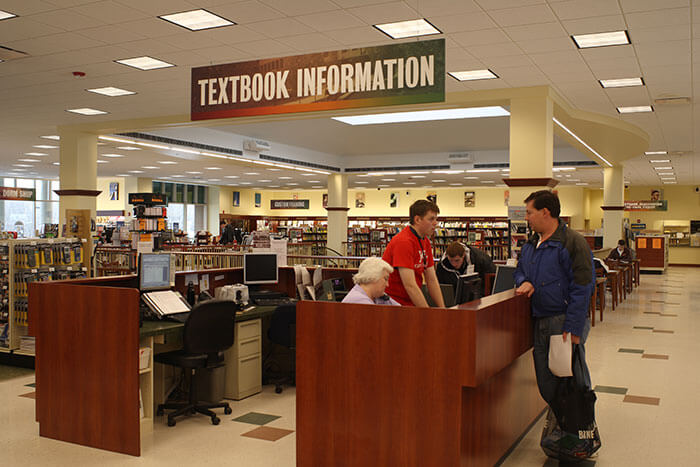 “The features of the actual system are easy to use for our managers. Equally important is the level of partnership we have with March Networks. This is a relationship in which I place high value.”

“The features of the actual system – the hardware, the software – are easy to use for our managers,” said Welk. “But perhaps equally as important is the level of partnership we have with March Networks. This is a relationship in which I place high value.”

Barnes & Noble College first deployed a March Networks video surveillance solution in 2008, following the recommendation of its security systems integrator NAVCO.  The organization has worked with NAVCO for years, and as a trusted integrator, valued its advice to standardize on one enterprise system.

Although it’s been a decade since its first March Networks NVRs were installed, many of them are still performing well today.

“In terms of reliability, they have been phenomenal,” said Welk of March Networks’ previous generation video recorders. Barnes & Noble College is currently upgrading the NVRs to March Networks’ newer 8000 Series Hybrid NVRs, which offer higher-performance video recording and management, as well as hybrid support for both analog and IP cameras.

In addition to the 8000 Series, the bookseller uses March Networks Command Enterprise video management software.  A fully distributed solution, Command Enterprise is ideal for Barnes & Noble College because its centralized user management and customizable views let Welk and his team maintain control over who can access the system.

“We’ve had situations of alleged trip and falls but, because of the video, we were able to determine that they were not in fact legitimate incidents. They were fraud.”

Command’s convenient health monitoring feature helps ensure that the entire system is performing optimally and that video is always there when Welk and his team need it. The health feature alerts the team to any issues that could affect video recording.

“It helps us prioritize our response,” he said, noting that his team can very quickly learn if a hard drive needs replacing or if a more serious system issue has occurred.

The Command software also makes it easy to export video. In the event that a crime has taken place in a bookstore, Welk and his team will provide video to campus law enforcement. They also work collaboratively with many of their university clients to help maintain general security around their stores.

“In the higher education environment, there are often high-risk events taking place, such as ongoing medical research, high profile visitors to campus and gatherings related to athletic events, to name a few.” said Welk, explaining that some schools will also install redundant video systems to monitor traffic in and around the bookstores.

The overall reliability of its video solution prompted Welk to once again turn to March Networks when one particular bookstore recently made a special request for people counting analytics.

The Barnes & Noble College location at a major university in Atlanta, Georgia, is now using Searchlight for Retail with people counting and seeing great success.

“It’s performing well,” said Welk. “It was nice to know that March Networks has that feature. We hope to expand people counting to more bookstores in the future.”

According to Welk, the bookseller is equally excited to deploy March Networks’ new 8724 V Tribrid NVR, which can support traditional analog video, as well as HD analog and IP video on the same recording platform. “The tribrid capability,” he said, “will help Barnes & Noble College protect its investment in its existing security infrastructure.”

“We’ve been in the business so long that we’ve got a lot of analog systems out there” said Welk. “It’s exciting to know that we can get HD quality video without having to replace all that coax.”

Overall, Welk says that March Networks’ strong customer service and willingness to help with training – even joining NAVCO in attending the organization’s annual conference for store managers – has been beneficial for the organization.

“March Networks has been great about keeping us up to speed on new product information, and the training support we’ve had is hugely appreciated. The responsiveness has been outstanding.”

The video solution itself continues to demonstrate its value, he added.

“I think in general it’s given our managers peace of mind. They know they’re able to see what’s going on when they’re not around,” said Welk. “I think it gives our customers peace of mind, too.”