Bank Makes Full Use of its Intelligent Video

Tired of wasting hours traveling 12 miles on horseback to the nearest bank in Portland, Maine, along rough roads and through snowdrifts in winter, community leaders in the town of Gorham came together to establish their own financial institution 150 years ago.

Today, Gorham Savings Bank has more than $1 billion in assets, 13 branches in southern Maine including four in Portland, and a cutting-edge March Networks video surveillance system that allows Facilities and Security Vice President Alden Joy to cover the 12-mile distance in milliseconds via a fiber network. A lot has changed in a century and a half.

If a customer in Kennebunkport, 30 miles south of Gorham, questions an ATM withdrawal from her account, or the bank’s Facilities Technician Clyde Small wants to confirm that the parking lot at the branch in Waterboro has been plowed, video is just a few clicks away.

“We were originally using another vendor,” recalled Joy. “It was a pretty basic, all-analog video system. The images weren’t that great and it wasn’t easy to upgrade, so when we heard about all the benefits of moving to a March Networks solution, we decided to make the change. We made the transition over several years, and we’re completely March Networks today.”

“We can use Searchlight to monitor how many bank cards a customer uses at an ATM, because if they’re doing 20 transactions over a period of a few minutes, chances are they’re engaged in harvesting cash with fraudulent cards.”

Gorham Savings Bank has March Networks 8000 Series Hybrid Network Video Recorders (NVRs) in each banking branch and a total of 300 cameras — the majority of which are March Networks IP cameras. The bank’s remote and in-branch ATMs, as well as its ITMs — Interactive Teller Machines — are equipped with purpose-built March Networks MegaPX ATM Cameras.

“Employees at our Customer Service Center in Gorham have monitors that allow them to see customers lining up to use the ITMs,” said Joy. “If someone is confused about how to operate the machine, they can initiate contact and offer assistance.” 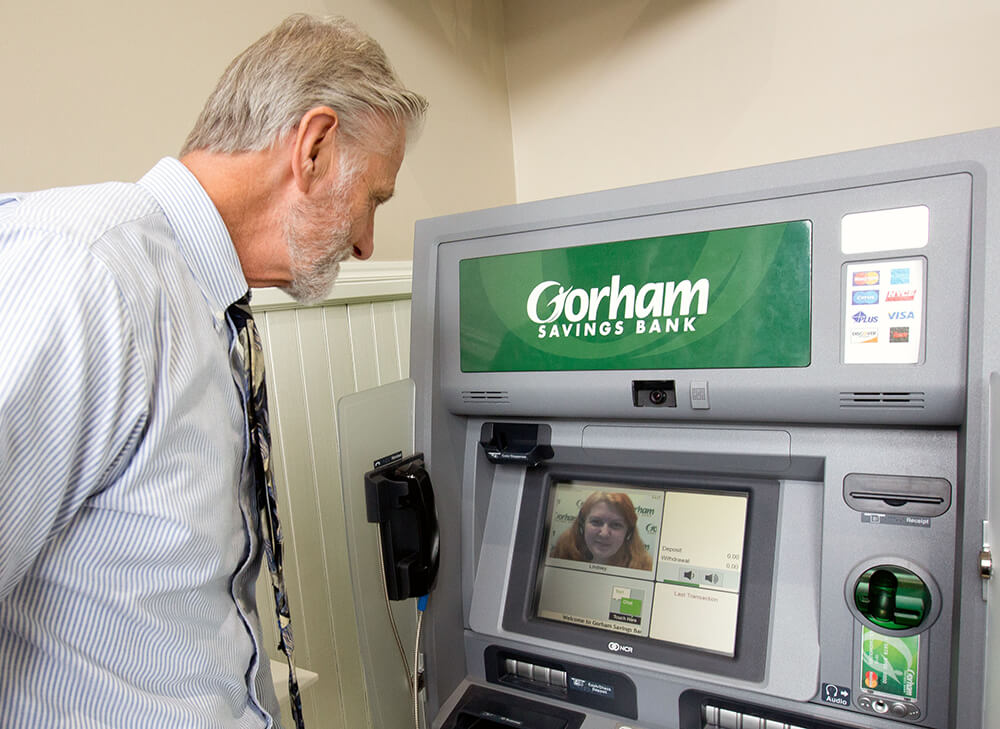 In addition to covering the 13 branches, Gorham Savings Bank’s video surveillance system is deployed at its Operations Center in Gorham and two facilities in Portland; its commercial lending office and corporate headquarters.

Surveillance cameras in the branches cover entrances, ATM lobbies and teller stations, but the bank has gone one step further by installing cameras in utility rooms as well.

“We’re a small department and can’t be everywhere, so we can keep an eye on outside vendors performing service in boiler and electrical rooms,” explained Joy. “We have electronic locks that allow us to let them in remotely. That way, we don’t have to hop in the car and drive to the location.”

An initiative to deploy more cameras to cover parking lots and building exteriors is also underway.

“Before,” said Clyde Small, Facilities Technician, “we had to check to make sure the cameras were working every morning. Now, if a camera is down, Command Enterprise sends me an email.”

Searching through video is also a lot easier with March Networks technology. “It was tedious and time consuming with our previous system,” said Small. “With the Command Client software, I can bring up the timeline, see all the spikes indicating motion and pinpoint things a lot faster.”

The bank’s March Networks NVRs are each equipped with four 10TB hard drives, providing 40TB of storage — more than enough to meet its requirement for 90 days of archived video.

“We can use Searchlight to monitor how many bank cards a customer uses at an ATM, because if they’re doing 20 transactions over a period of a few minutes, chances are they’re engaged in harvesting cash with fraudulent cards,” said Joy.

Searchlight also comes in handy when a bank customer receives their statement and has no recollection of an ATM cash withdrawal. Using the customer’s bank card number, Joy can quickly zero in on transactions associated with the bank card, and then review the associated video to determine the identity of the individual making the withdrawal.

Gorham Savings Bank may be a smaller financial institution, but it’s no laggard in adopting cutting-edge technology.

When Joy and Small are home in the middle of the night, or away from the office during the day and an alarm goes off at one of the branches, they simply reach for their smartphone or tablet to view video from the site in question.

The March Networks Command Mobile app, which can be downloaded for free from the App Store or Google Play, allows authorized Gorham Savings Bank security staff to view both live and recorded video.

Using the app, they can quickly determine if it’s an intruder or a false alarm triggered by a cleaner or an employee.

“We’re able to VPN in over our phones without opening up the camera system to the Internet,” said Joy. “It’s a secure connection.”

“We have been working with Portland Safe for approximately 20 years,” said Joy. “They’re a good vendor and we’re very happy with them. March Networks has also been great. When we run into problems with software updates, and when we set up Searchlight on our ATMs, they were a big help. We’re very happy with the March Networks video surveillance system and we have no issues at all with customer support.”