Prior to 2017, Nittany MinitMart staff who were overseeing video surveillance systems at the convenience store’s 26 locations across Central Pennsylvania had to hop in their car and spend a whole day on the road to download video, investigate an incident or reconfigure a DVR.

“Before we acquired March Networks’ technology, we had a hodgepodge of standalone systems requiring us to physically go onsite to each location to view and download video,” said MinitMart Safety and Risk Manager Kathleen Segura.

Even more frustrating, said Segura, was that “you never really knew what you were going to find when you got there” due to the age and unreliability of the previous equipment.

With the acquisition of its state-of-the-art March Networks video surveillance system, Segura and MinitMart Safety and Risk Administrative Assistant Melissa Long are now able to remotely access video from any of the company’s c-stores from the comfort of their office, while MinitMart Director of Information Security and Technology Ethan Shutika is able to fine-tune camera settings, push out firmware and monitor the health of the system with a few keystrokes.

“I’m very impressed with the quality of the March Networks system and find it easier to use and more powerful than most systems I have worked with in my career.” 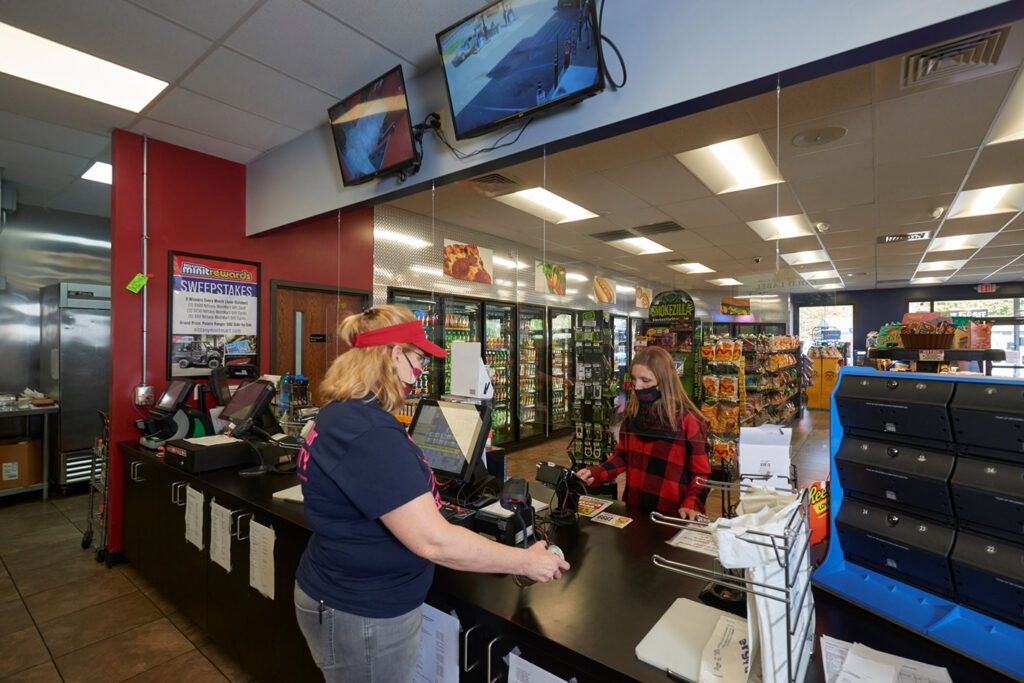 Each recorder is loaded with 20 TB of internal storage accommodating up to 90 days of archived video.

“The hybrid capability of the 8724 V was a real advantage for us because it allowed us to continue using our existing analog cameras in lower risk locations,” said Shutika.

In a typical MinitMart store, there are 16 analog cameras and eight March Networks IP cameras, including the SE2 Series IP cameras at the gas pumps and 360-degree Oncam cameras for panoramic interior coverage.

The system has been used on several occasions to resolve incidents of internal fraud thanks to Nittany MinitMart’s decision to acquire March Networks’ Searchlight for Retail software. Integrated with the company’s point-of-sale system, Searchlight reports on voids and no-sales and overlays that transaction data on corresponding video, allowing MinitMart Loss Prevention Coordinator Dustin McGinnis to easily spot suspicious behavior.

In one case, McGinnis was able to produce evidence of internal fraud totaling more than $18,000 over a two-month period.

Searchlight, McGinnis says, has cut his investigation times in half. “I’m able to verify information quickly and efficiently,” he said.

The March Networks system has also been instrumental in resolving a number of other incidents over the years.

“In one case, a customer backed into a gas pump at one of our stores and just took off,” recalled Segura. “The damage was over $30,000, so it was important that we had video to find the responsible party and the evidence to support our claim.”

“There was another incident where someone backed into a store and drove off. In that case we were able to grab a license plate.” 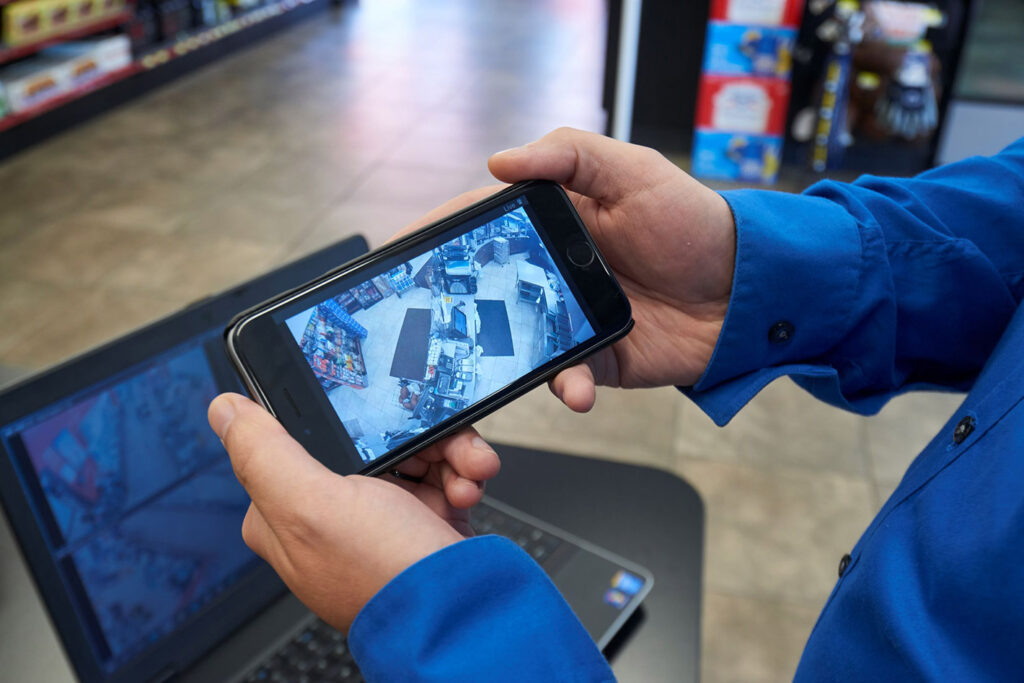 The remote access capabilities of the March Networks system also allow Nittany MinitMart senior management and operations staff to check on merchandising, inventory and customer traffic. Meanwhile, district managers make use of March Networks’ Command Mobile app on their smartphones to remotely view live and archived video, allowing them to respond quickly to a reported incident at any of their stores.

Approximately 35 people in the organization have user rights on the system, including store managers, district managers, loss prevention investigators and head office management.

“The system’s ease-of-use allowed everyone to quickly pick it up,” noted Segura.

Segura and Long make extensive use of the intuitive search tools in March Networks’ Command, which allow investigators to zero in on periods of activity based on motion. The Smart Search capability, for example, allows users to specify a date and time range and select an area in the camera’s field of view to generate a list of video clips of potential interest.

Using Command Enterprise, Shutika in IT can set privileges specific to a user’s areas of responsibility. Store managers, for example, are only given access to their own cameras, while district managers have access to cameras at the locations corresponding to their areas of responsibility. Command’s user audit tool allows Shutika to keep track of who’s using the system, while the mass management tools allow him to push out firmware updates to cameras and recorders, and health alerts advise him of a wide range of performance issues, ensuring speedy resolution and maximum uptime.

McGinnis, who joined Nittany MinitMart from a bigger retail chain, said the quality and sophisticated features of the system are a plus.
“I’m very impressed with the quality of the March Networks system and find it easier to use and more powerful than most systems I have worked with in my career,” he said.