The rollout began in September 2019 and currently includes 85 March Networks recorders – a mix of 8000 Series Hybrid NVRs and 9000 Series IP Recorders – and more than 1,500 March Networks cameras. A new hotel and supermarket currently under construction will bring the camera count close to 2,000.

“The March Networks system is very user-friendly, so we supplied step-by-step instructions on how to log in, pick a camera, play the video and export it.” 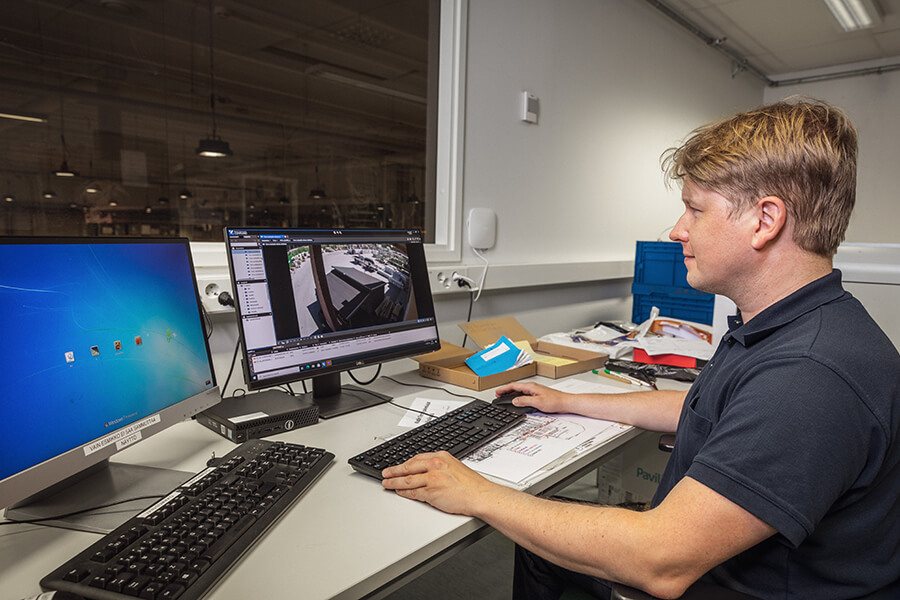 “We used to have several different video surveillance systems and 10 different camera models from six manufacturers,” said Kimmo Keränen, IT Manager for PeeÄssä retail co-operative. “Maintenance was almost impossible and the picture quality in some cases was very poor.”

“On top of that, there was no synchronized time keeping, so one system could be five minutes off and another one could be an hour off. That was a real problem because correct time keeping is everything when you’re looking for evidence.” For this reason, central management was a key feature PeeÄssä retail co-operative was looking for in its new surveillance system.

“A majority of the 19 S-Group regional co-ops were already using March Networks systems, so the decision was easy to make”, said Jan Österlund, ICT Manager with SafeIT Oy, a systems integrator and March Networks Certified Solution Provider serving the S-Group and PeeÄssä accounts.

With more than 1,000 NVRs and tens of thousands of cameras across the larger S-Group co-ops, central management is a huge timesaver. Österlund can now push out firmware upgrades and device settings with a few simple mouse clicks using March Networks Command Enterprise Software. The advanced system management software is ideal for managing large distributed video surveillance architecture. Its health monitoring and mass management capabilities make it easy to look after thousands of recorders and cameras from one central location.

“We can schedule upgrades by location type and opening hours to minimize any interference with recording during business hours,” explained Österlund.

The 8000 and 9000 Series recorders are 32-channel or 64-channel devices with either 20 TB or 40 TB of onboard storage – sufficient to capture 30 days of archived video. The majority of the 1,500 cameras are March Networks SE2 Indoor and Outdoor IR Domes, but SE2 IR MicroBullets, SE2 Pendant PTZ Domes, and legacy analog cameras are also used for specific applications.

S-Group is in the midst of transitioning to a new point-of-sale system and has plans to integrate it with March Networks’ Searchlight for Retail software, which will allow the co-ops, including PeeÄssä, to identify suspicious transactions and instantly link to associated video.  Searchlight also helps organizations gather business intelligence, which can help retailers with operations, marketing and customer service.

“We are looking forward to acquiring the Brickstream 3D Gen2 sensors for queue management and people counting, and March Networks ME6 IR Domes for AI-powered analytics,” said Keränen.

The March Networks system in place at PeeÄssä complies with the European Union’s General Data Protection Regulation (GDPR), which came into effect in 2018 and aims to protect the personal data and privacy of EU citizens. System features like privacy masks, which allow users to block out specific parts of a camera’s field-of-view, are important for meeting the regulation.

“GDPR compliance is one of the reasons why we recommended March Networks.” 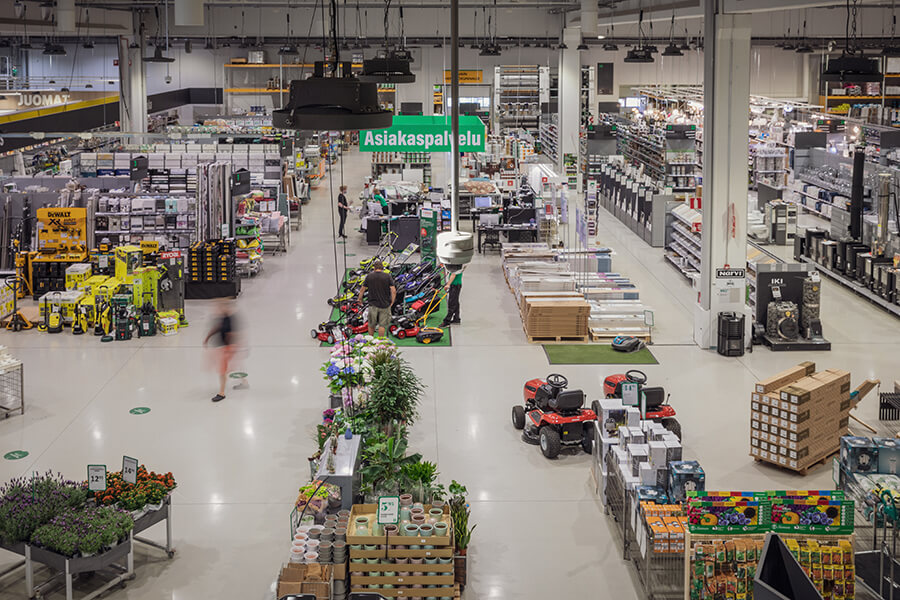 Video is currently monitored by guards in three control rooms, but managers also have access to live and recorded video from their own locations. All together, approximately 100 PeeÄssä staff have access to video.

“Training everyone to use the system was very easy,” remarked Österlund. “The March Networks system is very user-friendly, so we supplied step-by-step instructions on how to log in, pick a camera, play the video and export it.”

Video is regularly used to supply evidence for shoplifting and internal fraud investigations, but the much-improved video quality from the March Networks system was also welcomed by local law enforcement.

The Eastern Finland Police Department has mapped the location of PeeÄssä’s publicly facing cameras in the National Police Board’s database of surveillance cameras to help access video for criminal investigation purposes. “Almost every week, we are asked for video from the police department,” said Keränen.

SafeIT Oy’s experience with the March Networks deployments at other S-Group co-ops helped to streamline the installation at PeeÄssä. “We supplied local integrators with clear guidance on how to set up the cameras and NVRs,” said Österlund.

Standardizing on March Networks allows the PeeÄssä co-op to save time and reduce costs for system maintenance. The state-of-the-art video surveillance system is also much easier to use.

“We are very satisfied with March Networks,” said Keränen. “It was a big project, but well worth doing.”