In February 2021, a vicious winter storm hit the state of Texas and caused a massive failure of its power grid, leaving 4.5 million homes and businesses without electricity. Millions of Texans went without power for days.

The Dallas-headquartered State Bank of Texas, with branches in Dallas, Houston, Garland, Irving, and Richardson, was also affected. As soon as the power was restored at its Dallas headquarters, Administrative Officer Said Abusaud used his smartphone to access video from a recently installed March Networks video surveillance system.

“I was able to see that the freezing temperatures had caused the water pipes to burst, so we had some flooding to contend with before we could call people back to work and resume operations,” he said. “Without remote access to the cameras, we wouldn’t have known.” Abusaud used the March Networks Command™ Mobile smartphone app, which allows him to view both live and archived video from any of the bank’s cameras on his phone or tablet.

State Bank of Texas began transitioning to a March Networks’ video surveillance solution in late 2020 to replace an outdated system that lacked remote access capability. “If something happened in Dallas, we had to access the video in Dallas. If it happened in Irving, we could only access it in Irving,” Abusaud said. “And anytime we had an incident to investigate – say, a robbery or a hostile individual in one of our branches – the video was so grainy, we couldn’t identify anyone.”

When he started looking for a new video surveillance system, Abusaud performed a Google search and selected three vendors for consideration. “The sales rep for March Networks rolled out the red carpet and answered all of my questions,” he said. “Sometimes, when you talk to a sales rep, you get the vibe that they’ll say anything to make a sale. I didn’t get that from him, and when I saw what the system could do, I was sold.” 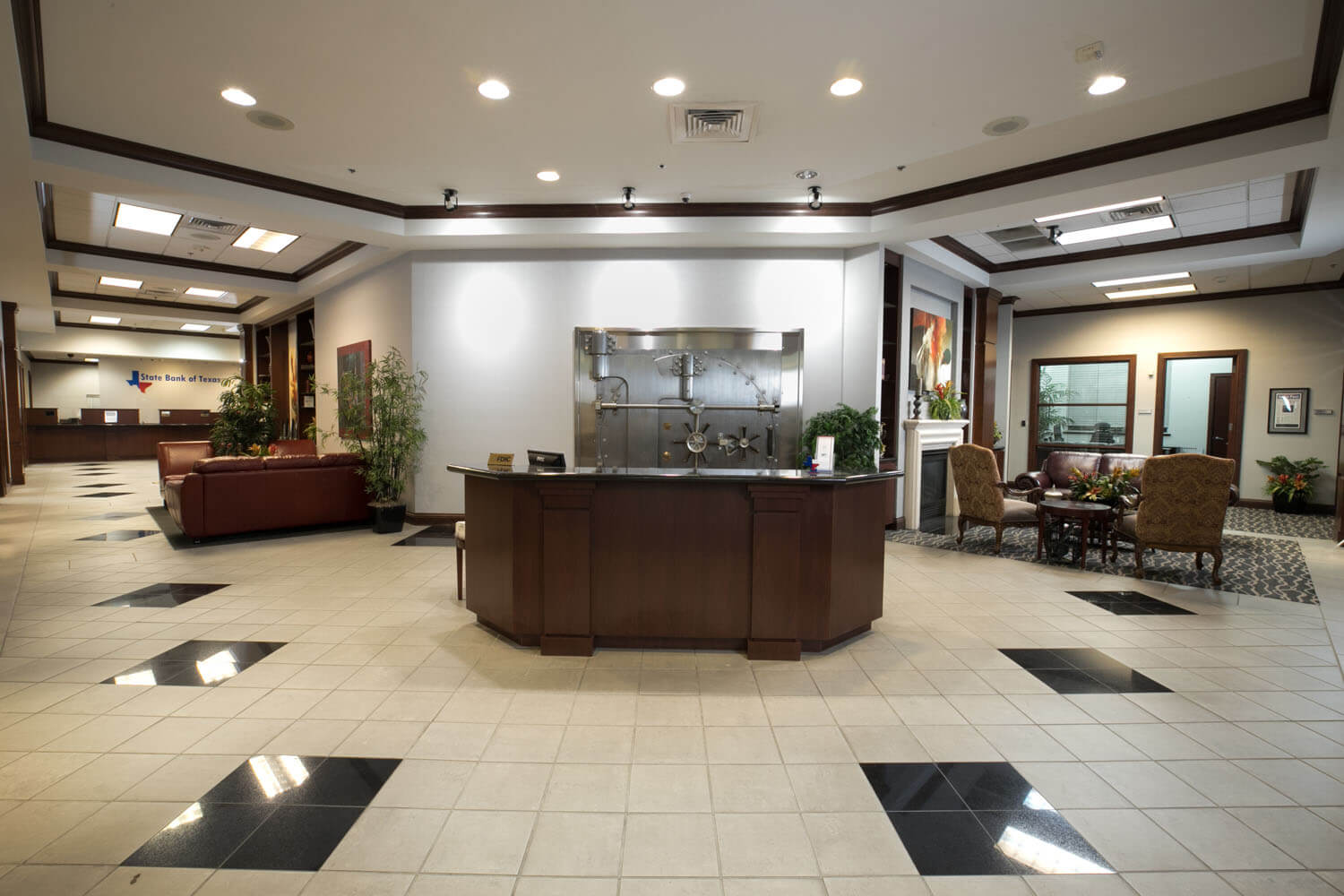 The bank acquired a video surveillance system that includes a selection of March Networks IP cameras and 8000 Series Hybrid Network Video Recorders powered by March Networks Command Enterprise Software. Abusaud was impressed with the 8000 Series recorders, which can support up to 32 channels and feature full hybrid capability, supporting both analog and IP or 100% IP video. The devices are purpose-built to record video 24/7, with a host of advanced features to safeguard the bank’s data and streamline the task of finding video evidence. Command Enterprise Software, meanwhile, allows Abusaud to efficiently manage the bank’s recorders and cameras by providing centralized video management, real-time health monitoring, mass device management, user administration, and live monitoring.

State Bank of Texas is a unique financial institution with a niche customer focus. Founded in 1987 by Chan Patel, an immigrant from India, it’s the largest Indian-American owned and operated bank in the United States, and specializes in lending solutions for the hospitality industry in all 50 states, largely as a result of Patel’s own experience as owner of 17 hotels.

In addition to improved video quality and remote access capability, State Bank of Texas wanted a system that would allow investigators to easily find video evidence and download clips for law enforcement. Abusaud is particularly fond of Command’s motion histogram and smart search features that allow him to quickly zero in on video based on the time of an incident and motion detected. “We wanted to be able to find footage quickly and provide evidence to law enforcement,” he said. “The March Networks system made it so easy.” 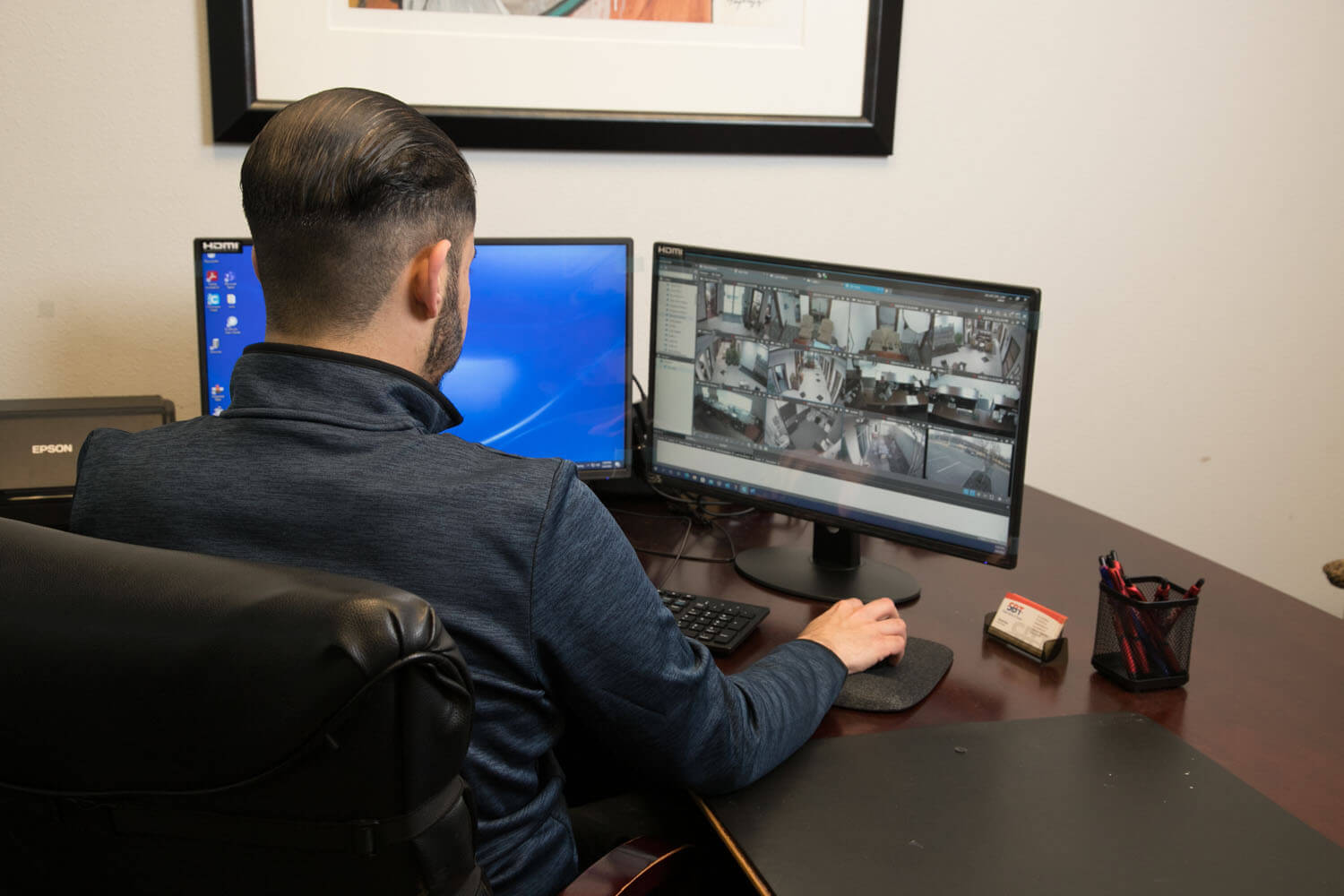 The system was put to the test soon after it was installed when a customer exiting a branch was robbed in the parking lot. An outdoor March Networks camera captured excellent quality video of the incident that was shared with law enforcement. In another incident, video evidence of a suspicious person taking photographs inside a branch was handed over to police.

The transition to March Networks began with locations in Dallas, Houston, and Garland, and will continue at two other branches in Texas and four in Chicago, including foreign exchange branches at O’Hare and Midway International Airports. A new $20 million corporate office building will also be equipped with a March Networks video surveillance system once it’s ready for occupancy.