There aren’t very many environments more challenging to secure than 400 high-rise apartment buildings and townhouse complexes spread across one of the largest cities in North America.

Toronto Community Housing is the largest social housing provider in Canada and the second largest in North America. Wholly owned by the City of Toronto and located in 106 of the city’s 140 neighbourhoods, the apartment buildings and townhouse complexes are home to more than 110,000 people.

With so many properties spread so widely around the city, a reliable, effective video surveillance system is of critical importance in providing residents with clean, safe, well-maintained and affordable homes, which is Toronto Community Housing’s core mission.

“The ability to review video and manage the system on a centralized basis means we don’t have to drive all over the city, so it speeds investigations and saves time.”

The organization began deploying March Networks video surveillance technology more than a decade ago and currently has in excess of 500 video recorders and approximately 8,000 cameras capturing video at strategic locations in and around its buildings.

Toronto Community Housing’s surveillance model was originally decentralized, so when an incident occurred, a member of the Smart Buildings and Energy Management (SBEM) team would have to drive out to the site to review and export video. “Not all of the buildings were networked together, so it was difficult to manage,” said Boyd Dyer, SBEM-Facilities Team Director. 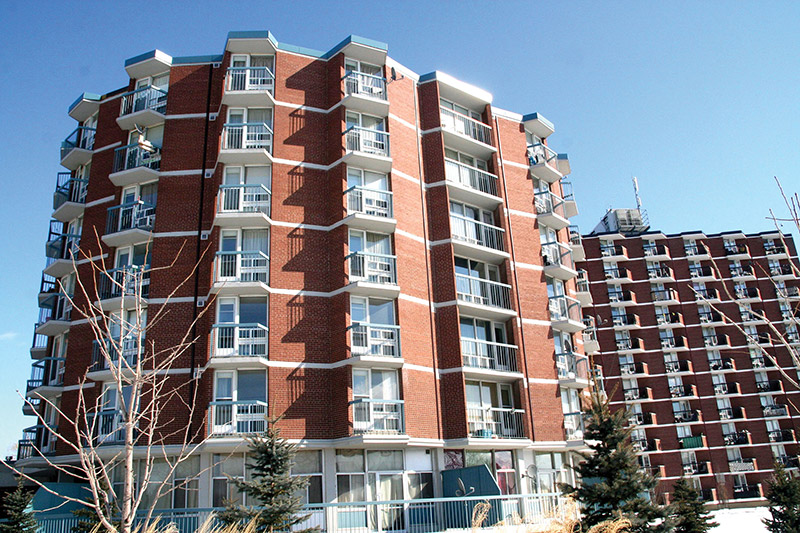 “The ability to review video and manage the system on a centralized basis means we don’t have to drive all over the city, so it speeds investigations and saves time,” said Dyer.

Making sure that more than 500 video recorders and 8,000 cameras are operating at peak performance is especially important. In the past, it was the responsibility of site staff to check their system and bring any issues to the attention of Dyer and his team. Now, camera outages, network failures and hard drive issues are detected by the health monitoring functionality in Command Enterprise and brought to the attention of system administrators in the health inbox or via email alerts.

“My team is responsible for the upkeep and maintenance of the system, so we’ll triage the problem and dispatch one of our staff or our security systems integrator to rectify it,” said Dyer.

Camera tampering is a common occurrence and needs to be addressed expeditiously. “It happens frequently,” said Dyer. “That’s one of the reasons we’re so busy.”

Using the Command Enterprise mass management functionality, Dyer can schedule recorder configuration settings, firmware updates and device settings at his preferred time to minimize the impact on network bandwidth. The software also supports multiple video streams for efficient use of bandwidth and storage, and allows for customization of the user interface.

If staff, for example, are only tasked with accessing and reviewing video, the Command Client user interface can be tailored to their specific needs. They only see the features and functions they need to perform their job without the distraction of additional capabilities they will never use.

This helps with training, said Dyer. “Not everyone needs to be trained to the same level. Site staff, for example, just need to see the cameras. Internal security staff need to both review video and extract it, whereas my staff need to know how to administer and configure the system.”

In a busy environment with hundreds of sites and no shortage of reported incidents, no one has the time to spend hours reviewing archived video. Using Command Enterprise, Toronto Community Housing staff can quickly zero in on evidence using the software’s Visual Finder and Motion Histogram tools. The Visual Finder allows users to speed through the timeline to the date and time of an incident, while the Motion Histogram pinpoints video corresponding with increased activity in the field of view.

The transition to March Networks 8000 Series Hybrid NVRs provides Toronto Community Housing with a powerful and versatile recorder.  Featuring an embedded Linux-based operating system, 32 channels of video and up to 32 TB of internal storage, the 8000 Series NVRs offer industry-leading reliability and archiving capacity for high-definition video.

In Dyer’s experience, however, March Networks recorders excel in reliability. “We rarely have problems with them. The failure rate is very low,” he remarked.

The biggest beneficiaries of video surveillance at Toronto Community Housing are the residents, who appreciate the deterrent effect it has on crime and how it helps create a safe environment.

“The residents are big fans of video surveillance and regularly let our site staff know when they see that a camera has been dislodged or tampered with,” said Dyer.

The lightning-fast resolution of a shooting incident last summer is a perfect example of the value of Toronto Community Housing’s video surveillance system.

“The incident happened in the morning and by the afternoon the suspect was in custody,” recalled Dyer. “We had a high-definition camera in the location and the recording was crystal clear. We pulled the video, gave it to police and they recognized the individual right away.

“Residents feel safer knowing that if something like this happens, it will be investigated and resolved. Like any other community, the majority of people living in Toronto Community Housing are good people, and in a lot of cases, it’s people coming onto our properties from outside who are causing trouble.”