Ease of use and reliability among key requirements

Ask most organizations what’s important to them when selecting a video surveillance system and the answer invariably includes ease of use and reliability.

That was certainly the case for the City of Las Cruces, New Mexico when the municipality’s IT department stepped in to help bring some order to the proliferation of disparate, standalone systems that were being deployed by individual departments.

The second largest city in New Mexico, Las Cruces is located 48 miles north of El Paso, Texas and the Mexican border. It has a population of 105,000, serves a metropolitan area with a population of 215,000 and is home to NASA’s White Sands Test Facility, Spaceport America and Virgin Galactic, the world’s first company to offer sub-orbital space flights.

“We’re very pleased with the March Networks system… It’s extremely reliable, the video is high quality and it’s able to scale efficiently as our city and surveillance needs continue to grow.” 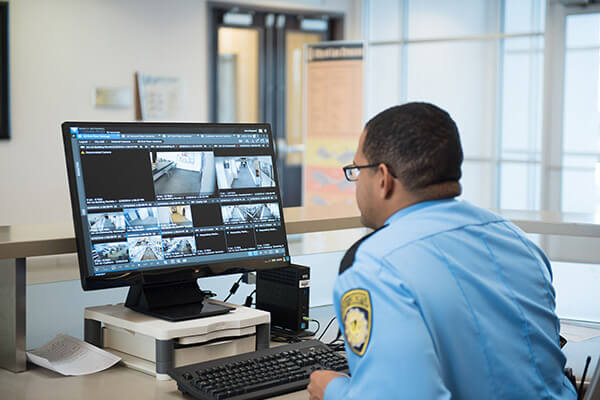 Standardizing on one solution

“More and more departments were seeing the value of video surveillance and acquiring systems on their own, but it was IT that had to maintain them,” said Ken Luchini, the city’s Radio Communications and Electronics Supervisor. “That was a problem, so in 2008 we started thinking about standardizing on one solution and having more of a city-wide system as opposed to incompatible islands of equipment here and there.”

Ease of use was critical because literally dozens of municipal employees in almost as many departments wanted to use the system to search for and extract video. Because of the large number of users, the system also had to be intuitive and easy to learn. Equally important was reliability because the IT department already had its hands full and didn’t want to assume any more of a troubleshooting and service burden than absolutely necessary.

Determined to minimize the number of devices that would potentially have to be maintained, Las Cruces IT management opted to stream video back to City Hall using its existing microwave and fiber infrastructure.

The police department and one or two other municipal locations are equipped with March Networks 8000 Series Hybrid Network Video Recorders (NVRs), which record locally at those locations. However, video from the transit department’s intermodal facility, recreation and aquatic centers, libraries, museums, seniors’ centers, utilities and public works facilities, the solid waste landfill site and remote microwave towers are all streamed to and stored on a commercial grade server running March Networks Command Recording Server software.

IT’s resolve to standardize on a single vendor solution was also reflected in its selection of March Networks IP cameras — specifically, the MegaPX WDR MiniDome Z for indoor applications and the MegaPX MicroDome for parking lots, microwave tower sites and other outdoor locations. Ease of setup, integration and firmware maintenance were determining factors.

Bandwidth hasn’t been a problem thanks to Command’s ‘throttling’ feature that allows the City to limit how much video can be transmitted across the network at any time, said Luchini. “We set the rate at which the video is streamed, and the quality is excellent.”

Each department is responsible for accessing its own video — often following a reported incident. It could be a liability claim made by a bus passenger at the transportation department’s intermodal facility, something that goes missing at a library or a disturbance at a recreation center. There is very little live viewing except at City Hall, where security staff are equipped with monitors to keep an eye on the parking lot and the building access points.

IT uses the Command Enterprise software to efficiently set up user access privileges and optimize camera grids by department, but the Police Department and Building Services have access to all of the municipality’s 270 cameras.

“We conducted some training, but as users became more familiar with the system and started asking more questions, Access Technologies and March Networks provided onsite training for a group of us,” said Luchini.

The city continues to grow the system as facilities and departments request more cameras. Currently, plans are in the works to equip the city’s wastewater treatment facility as well as additional museums, recreation facilities and seniors’ centers.

Las Cruces has come a long way since transitioning from a mix of stand-alone analog recorders to its current state-of-the-art, server-based system, but March Networks’ feature-rich portfolio of hardware and software can offer the city even more cutting-edge options in the future.

Down the road, for example, Luchini and his colleagues hope to take advantage of March Networks Cloud, a remote viewing solution that provides multiple users with simultaneous, secure access to live and recorded video via their existing mobile devices. Compatible with Apple iOS and Android devices, March Networks Cloud would allow designated city staff to monitor remote radio towers, maintenance yards and critical infrastructure from any location using their smartphones and tablets.

The system also supports integration with Las Cruces’ access control systems, which would allow staff to view alarm events or investigate incidents of unauthorized access in a single user interface.

Luchini’s advice for anyone considering a new video surveillance system is “to understand your requirements and build out from there. It makes it a lot easier for maintenance and training,” he said. “Once you start mixing and matching, you’re sure to run into problems.”

Of course, it’s also critical to ensure that the chosen solution meets your requirements for ease of use and reliability.