When the largest credit union based on Vancouver Island and the Gulf Islands off the coast of British Columbia decided to deploy a March Networks enterprise-wide video surveillance system in 2013, the opportunity to take advantage of advanced functionality was top of mind.

The credit union, which operates 23 branches, 16 insurance offices, four regional business centres and one centralized contact centre, was using a system that was “old and slow,” but a sole March Networks system installed at one of its locations in 2011 by security systems integrator Chubb Edwards was noticeably superior, said the credit union’s facilities management specialist.

“The March Networks video solution provides us with powerful technology, but is also very easy to use, and the support has been excellent. It meets all of our needs today and opens doors to leverage the technology in the future.”

“We were really happy with the March Networks system, so when the time came to upgrade our video surveillance system, we didn’t need to spend a lot of time looking at other options,” he recalled.

Having used both systems, he found the March Networks video surveillance system to be more intuitive and user-friendly. Equally important, it offered the potential to benefit from advanced functionality like video analytics and integration with its access control system. 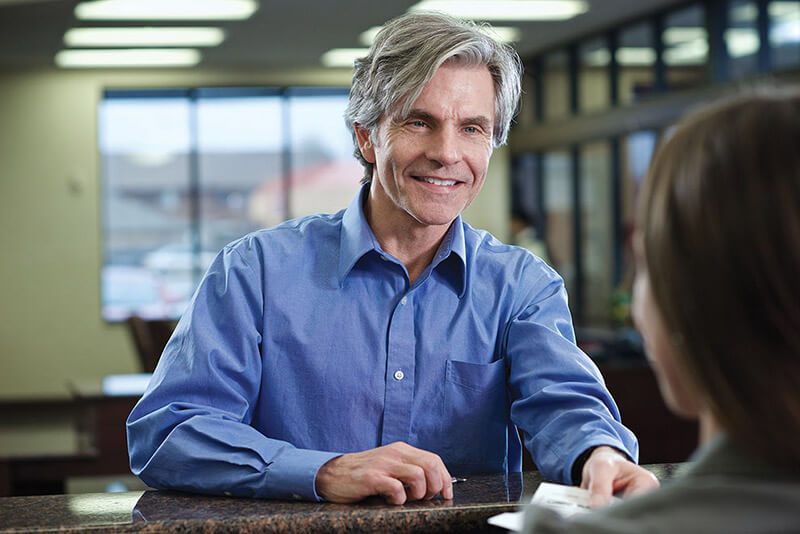 The rollout of March Networks 8000 Series Hybrid NVRs and video management software to all of the credit union’s premises, including its administration and head office buildings in Nanaimo, was completed in 2015.

The hybrid capability of the 8000 Series recorders was ideal because it allowed them to continue leveraging their investment in third-party analog cameras while slowly beginning the conversion to March Networks IP cameras for new locations and branch renovations.

Most of the NVRs are 8516 models, but the ability to scale up or down to 8508s and 8532s depending on the size of the location was important to the customer.

The 8000 Series Hybrid NVRs feature an embedded Linux operating system for improved reliability, an internal battery backup capability for a systematic shutdown in the event of an unexpected power interruption, and hard drive mirroring for data redundancy. Using 8 TB hard drives in all four slots, the recorders offer a maximum storage capacity of 32 TB — more than sufficient for an all-IP camera deployment that is the credit union’s near-term goal.

The March Networks IP cameras provide much higher resolution video, and are better able to compensate for direct sunlight in the field of view, ensuring quality images regardless of lighting conditions in ATM vestibules.

The credit union’s facilities management specialist and fraud investigators have access to the video through a Chubb Edwards dedicated network. The fraud investigators use the system primarily to capture evidence of ATM and debit card fraud, while the premises department uses it for transaction verification and to review evidence of slip and falls.

“Video evidence is very helpful when it comes to resolving customer disputes because you can actually see what transpired,” said the credit union’s facilities management specialist. “If a customer doesn’t recall conducting a transaction, for example, we’re happy to pull up video and show it to them. Once they see themselves along with the date and time of the transaction, any concerns about the security of their account are alleviated.”

Finding video is ‘quick and easy’

Finding video evidence with the March Networks system is a breeze.

“It’s very quick and easy,” he said. “We simply select the branch, the camera, and the date and approximate time of the incident. The March Networks motion histogram speeds us to parts of the timeline that exhibit more activity in the field of view and thumbnails above the timeline allow us to quickly zero in on the video clip we’re looking for.”

In cases of ATM and debit card fraud, investigators are able to copy relevant video clips quickly and easily for law enforcement.

Branch managers also have access to the system, but only for live viewing.

The credit union began using its own internal network for video surveillance, but decided to switch to a Chubb Edwards dedicated network to avoid traffic congestion and interference with its business systems. A dedicated video surveillance network also allows Chubb Edwards technicians in Victoria to take advantage of the March Networks software’s management features to remotely administer the system, change passwords and access real-time warnings of camera disconnection, disk failure, high processor or fan temperatures, and other potential problems.

Upgrading to Command Enterprise and Searchlight

Next steps for the credit union include upgrading to March Networks Command Enterprise video management software and continuing the transition to IP video.

The decision to upgrade its video surveillance system was predicated on being able to acquire the banking-specific business intelligence functionality offered by March Networks Searchlight for Banking software.

“I saw a demonstration of Searchlight for Banking at the ISC West show a few years ago and realized it would be a huge benefit for our fraud investigators,” said the credit union’s facilities management specialist.

The powerful software provides fraud investigators with automated reports that highlight suspect transactions — which could be instances of ATM skimming or cash harvesting — based on the financial institution’s key performance metrics, and include convenient links to the recorded video for further review. With Searchlight for Banking, investigators don’t have to first find the transaction in one system and the video evidence in another, allowing them to resolve more cases faster and reduce fraud.

In addition, data from video analytics including people counting, queue length and dwell time monitoring can provide financial institutions with valuable insights on how their branches are performing and help identify opportunities for improvement. For example, the software can help identify times of the day when customers are waiting longer in line for teller assistance, or highlight people loitering in ATM vestibules, which might be a safety issue. Searchlight’s Security Audit tool can provide reports of safe openings and entry into secure areas with links to corresponding video, while the Operation Audit tool can be set up to capture thumbnail images of multiple branches at defined times for management oversight.

Also of interest to this credit union was the ability to integrate the March Networks video solution with the access control system in its administration and head office.

“Our thinking was that if we could integrate the video surveillance and access control systems, we could get an alert if someone tries to use a swipe card to access a secure area and is declined,” explained a premises department staff member. “That would provide a security guard with an alert and instantly pop up an image of the individual on a security guard’s monitor.

“We weren’t ready to go with all this advanced functionality when we made the transition to March Networks, but it was important to us to know that we could take advantage of it down the road. We have been very happy with how the system has performed.

“The March Networks video solution provides us with powerful technology, but is also very easy to use, and the support has been excellent. It meets all of our needs today and opens doors to leverage the technology in the future.”